On 1 February 2019, the Western Cape Wetlands Forum in partnership with the City of Cape Town, the Khayelitsha Canoe Club, Cape Town Environmental Trust (CTEET) and the Freshwater Research Centre (FRC) hosted a fun-filled and educational day on the topic of wetlands. 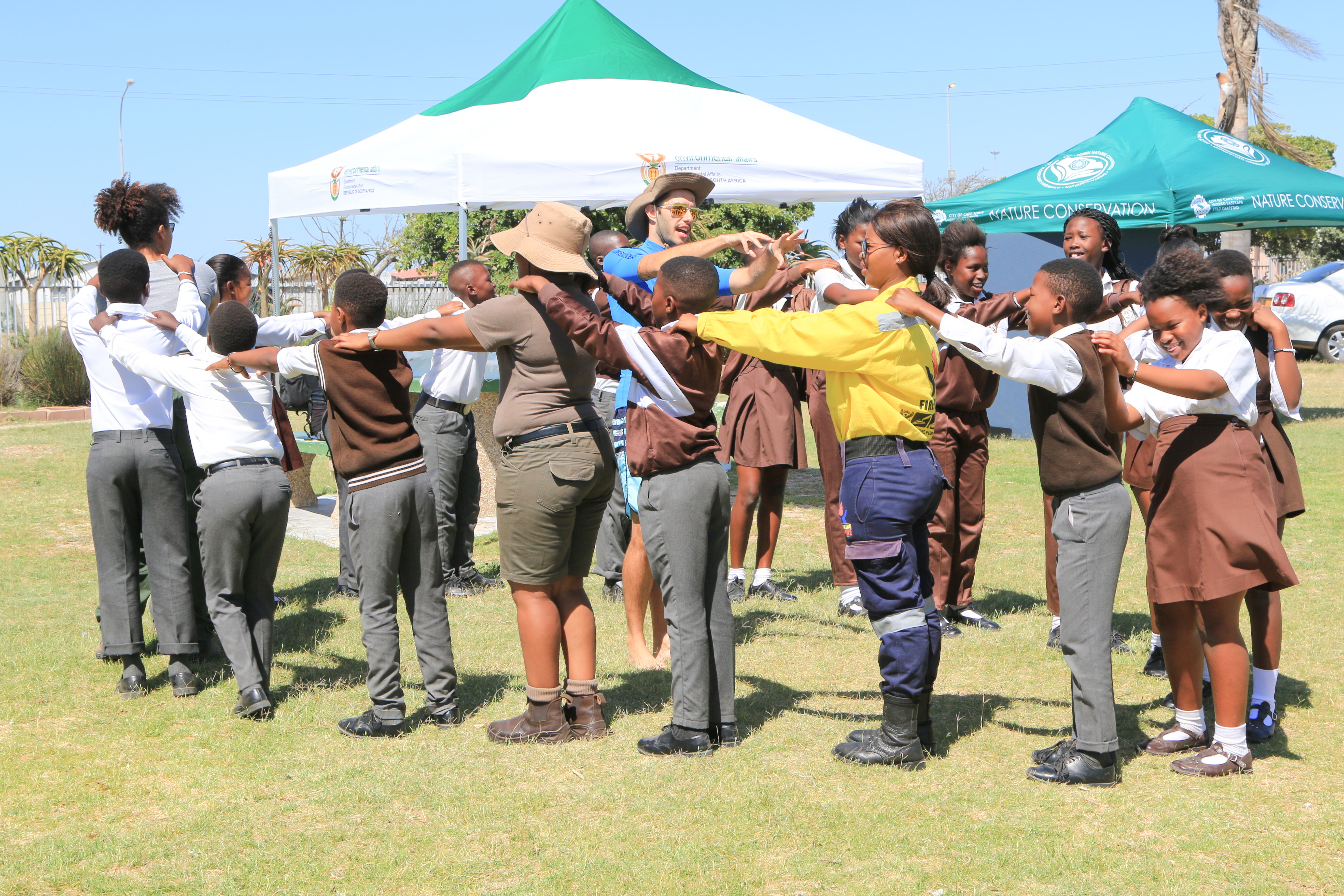 A volunteer from CTEET doing a song and dance (photo by Rosaline Langenhoven, Department of Environmental Affairs)

Volunteers in excess of 40 assisted in making it a successful day for the 180 Grade 7 learners from Impendulo Primary School in Khayelitsha at the Khayelitsha Wetland Park. Key activities on the programme were planting 200 plants on the banks of the Khayelitsha wetland (part of the Kuils River system), canoeing, interactive discussions on wetlands, exploring biocontrol agents and aquatic invertebrates (miniSASS) in the wetland system. 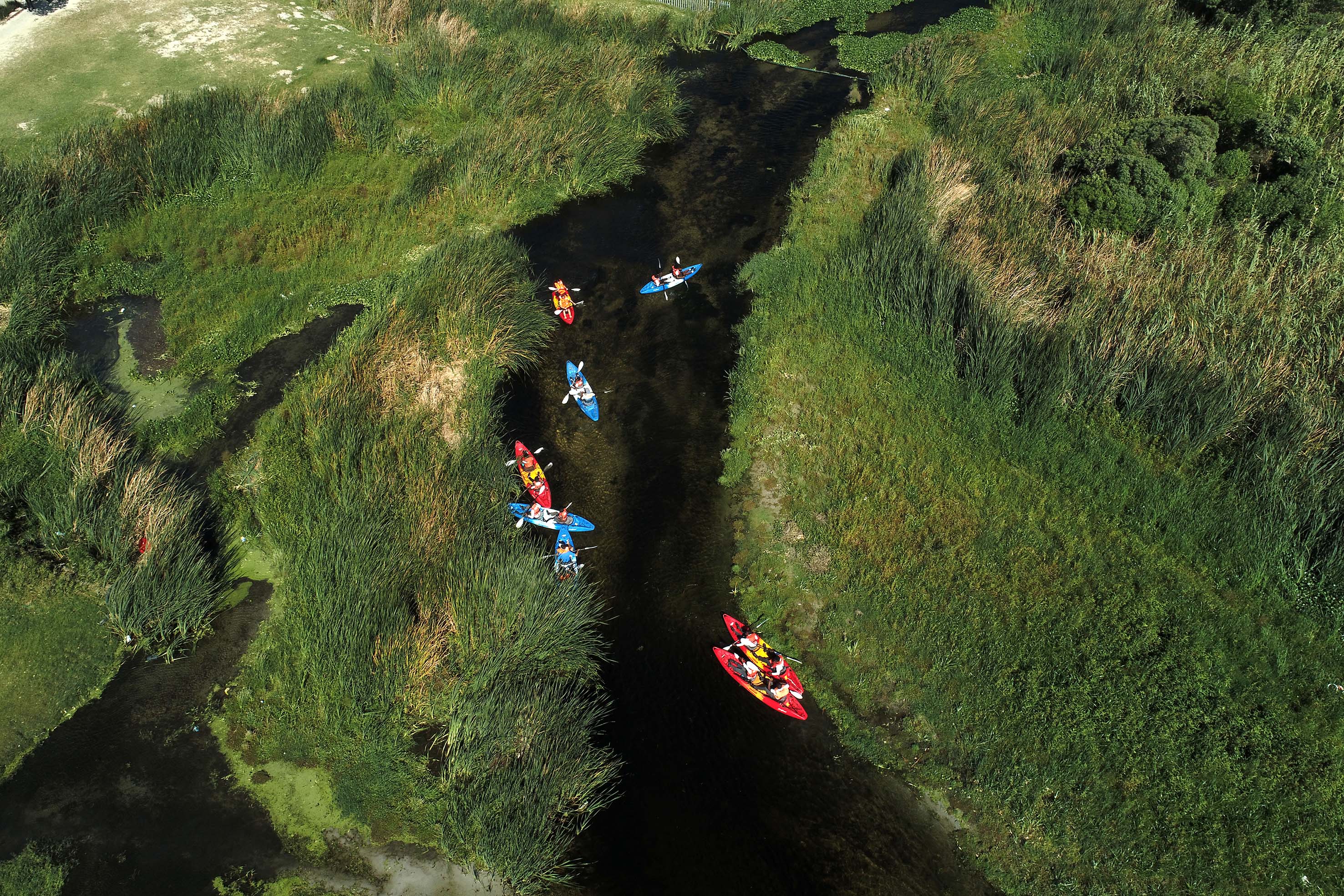 The FRC team, Kate Snaddon, Tumisho Ngobela, Melandri Rafferty and Philip Frenzel, ran the miniSASS station on the day. The learners were taught about the journey of water through the landscape, how to assess river and wetland health by doing the ‘SASS shuffle’ and scooping to collect and identify the different invertebrates in trays. Some of the learners were amazed by all the different kinds species that turned up in their miniSASS samples. 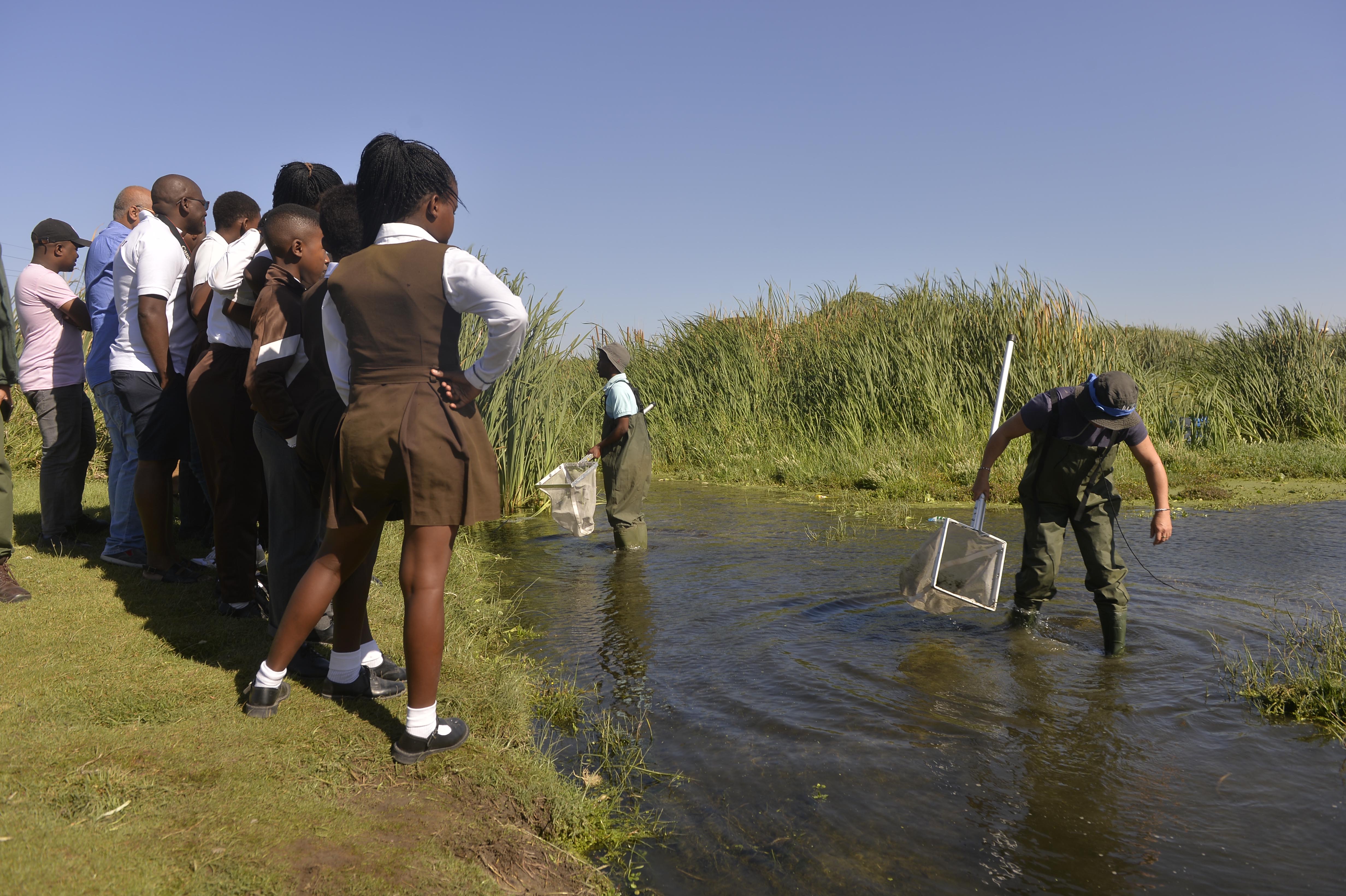 The programme activities were fun, interactive and educational, and were aimed at increasing awareness and knowledge about the importance of wetlands for both people and the environment.The event focussed largely on the importance of wetlands in the face of climate change linking directly onto the international theme for World Wetlands Day 2019: “Wetlands and Climate Change”. 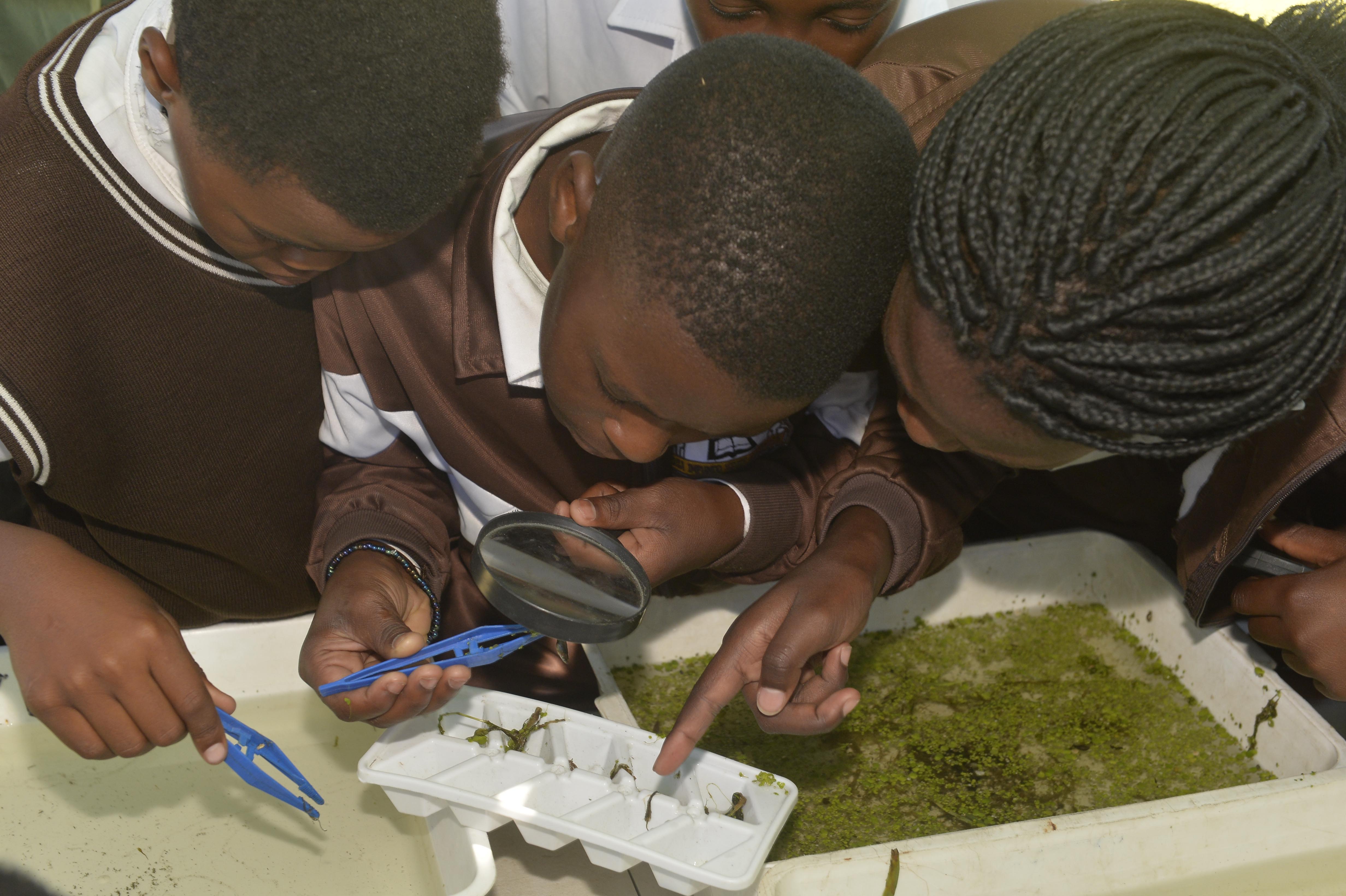 World Wetlands Day forms part of a global celebration aimed at creating and raising awareness on the value of wetlands and their role in human well-being. It is celebrated annually on 2 February as this commemorates the signing of the Ramsar Convention on Wetlands in 1971. 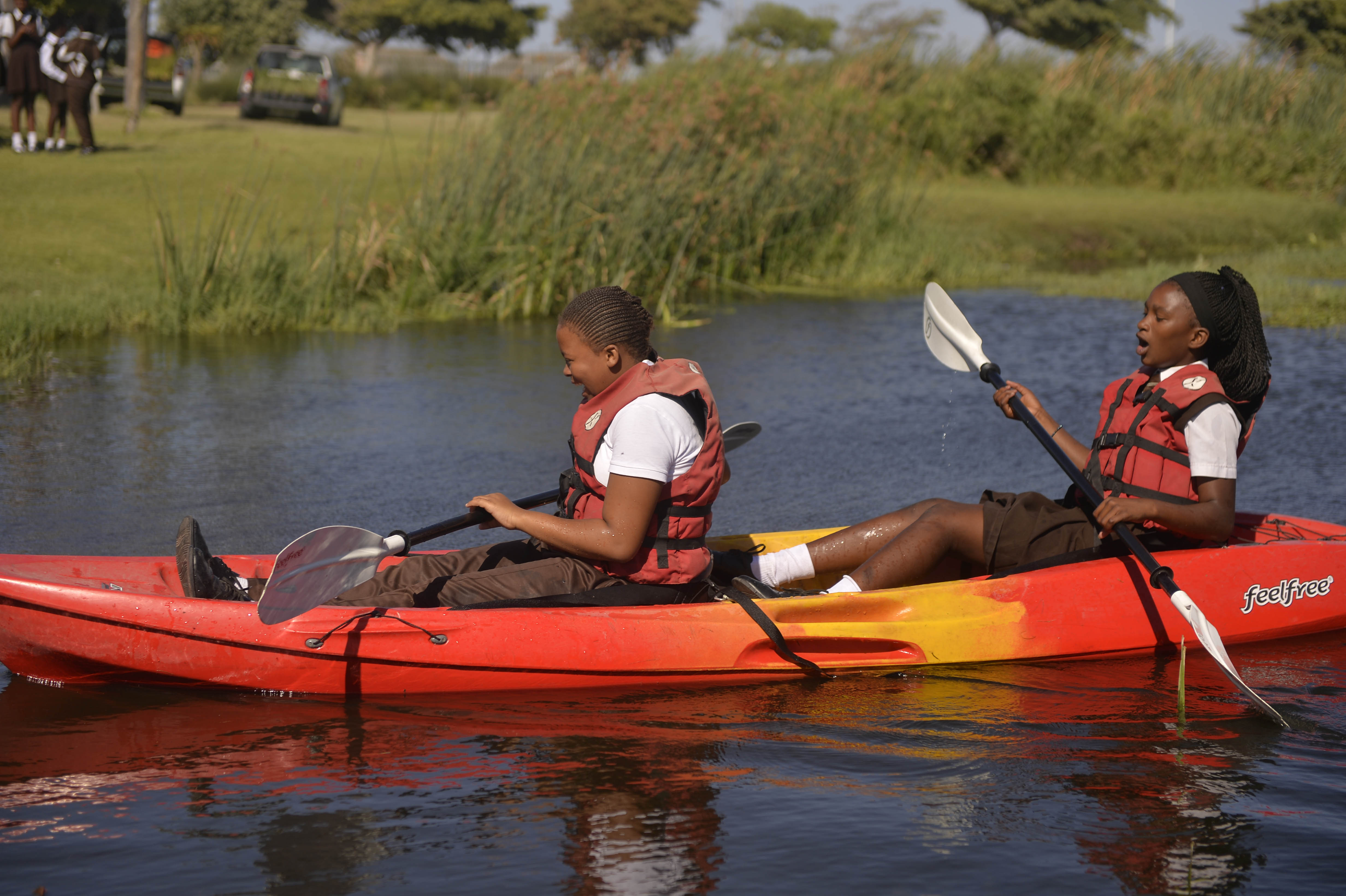 Fun on the water! (photo by Bruce Sutherland, City of Cape Town)