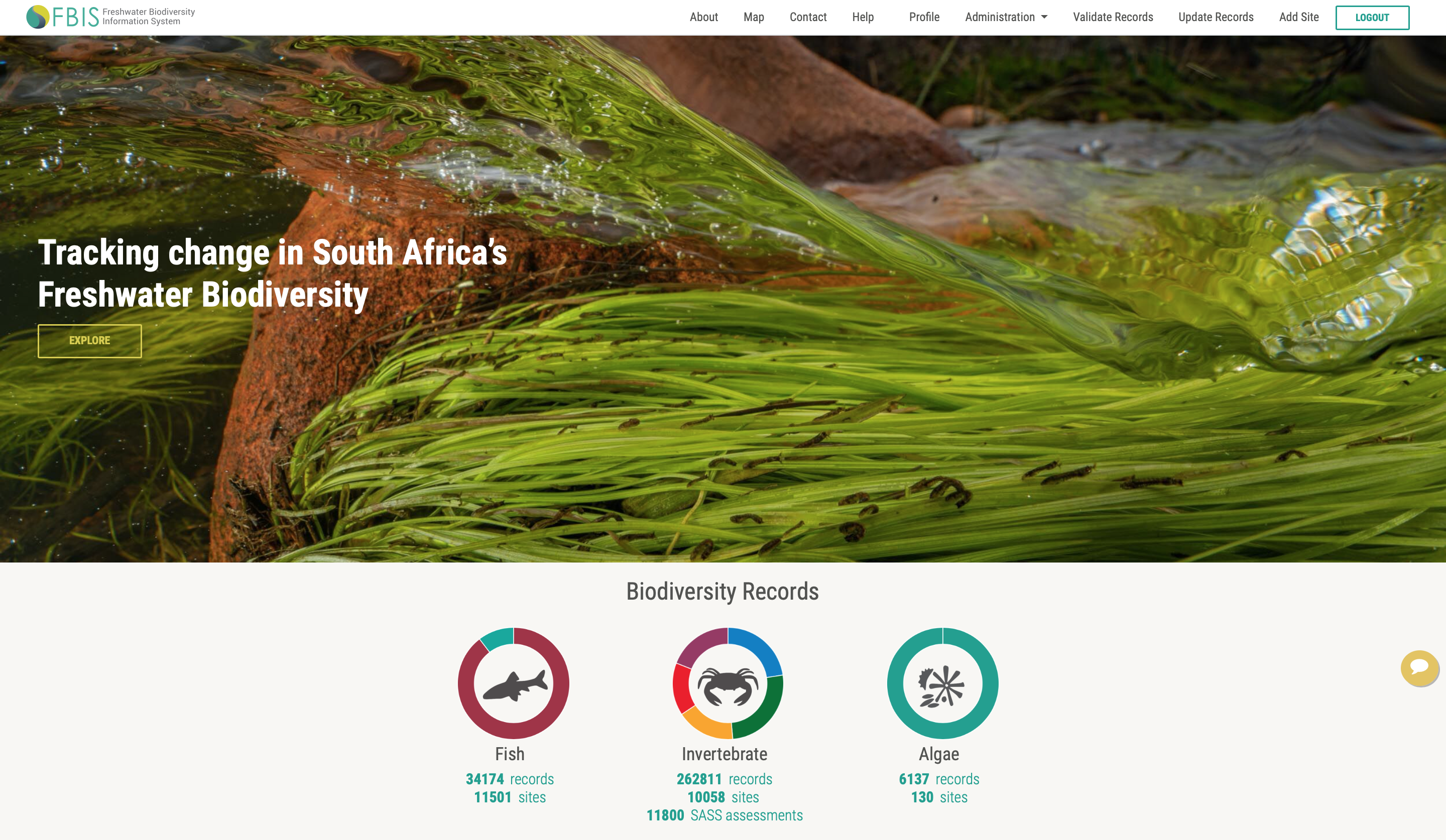 South Africa’s unique freshwater biodiversity is under enormous pressure from climate change, human activities, and invasive species. River health is deteriorating faster than it can be measured, and human impacts have, and continue to, severely compromise biodiversity. This can have serious adverse consequences for ecosystem services, such as the provision of food and safe, clean drinking water. 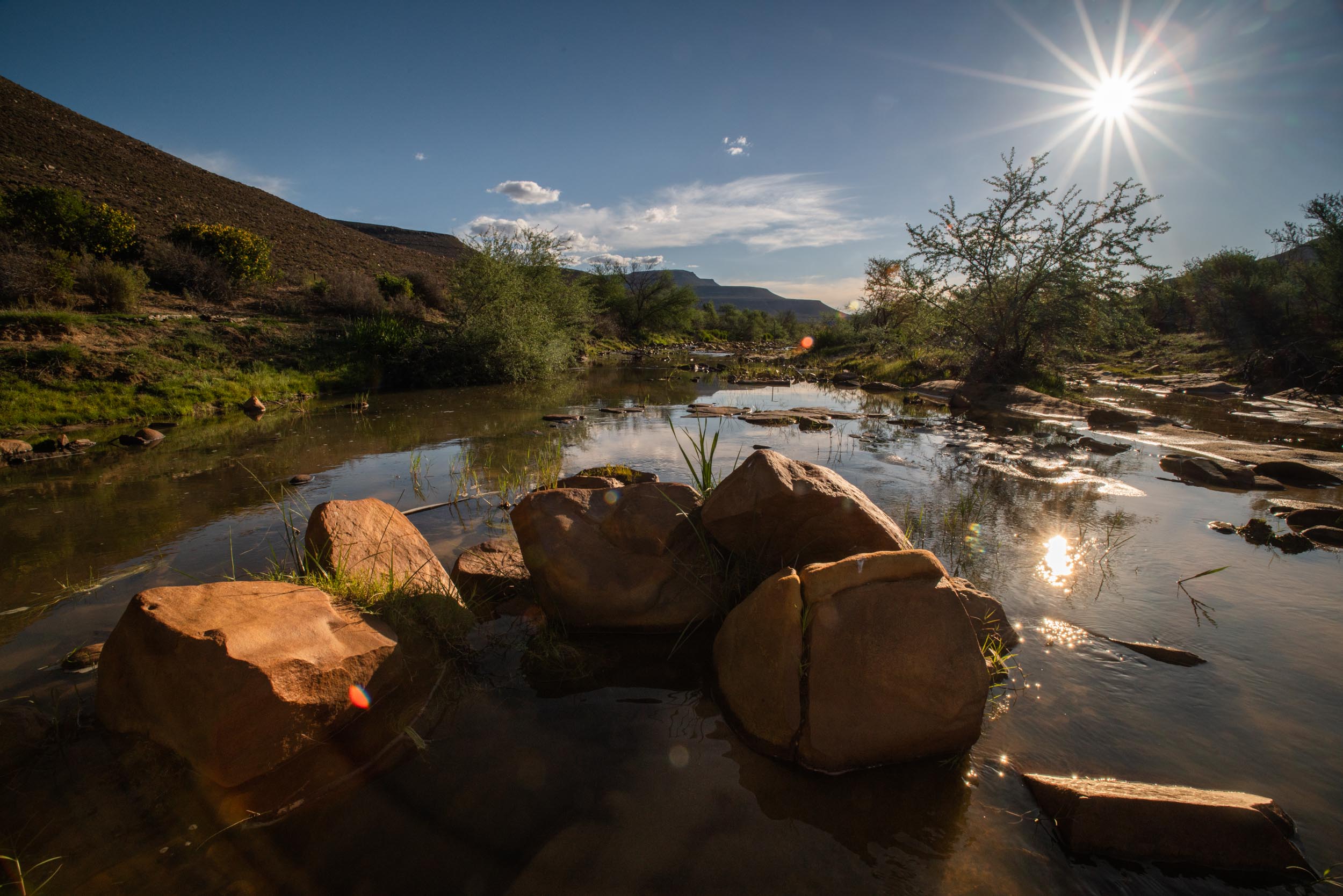 Until now there has been no informative and accessible database for hosting and serving the country’s river biodiversity data, impeding assessments of historic and current river conditions. Such information is critical to establish baselines, patterns of change and inform strategic freshwater management and decision-making.

We are pleased to announce the release of version 3 of the Freshwater Biodiversity Information System (FBIS) for tracking change in South Africa’s rivers. The FBIS serves as a community platform for inventory and maintenance of freshwater biodiversity data with an end goal to assist the evaluation of long-term change in river biodiversity and ecosystem condition in South Africa. 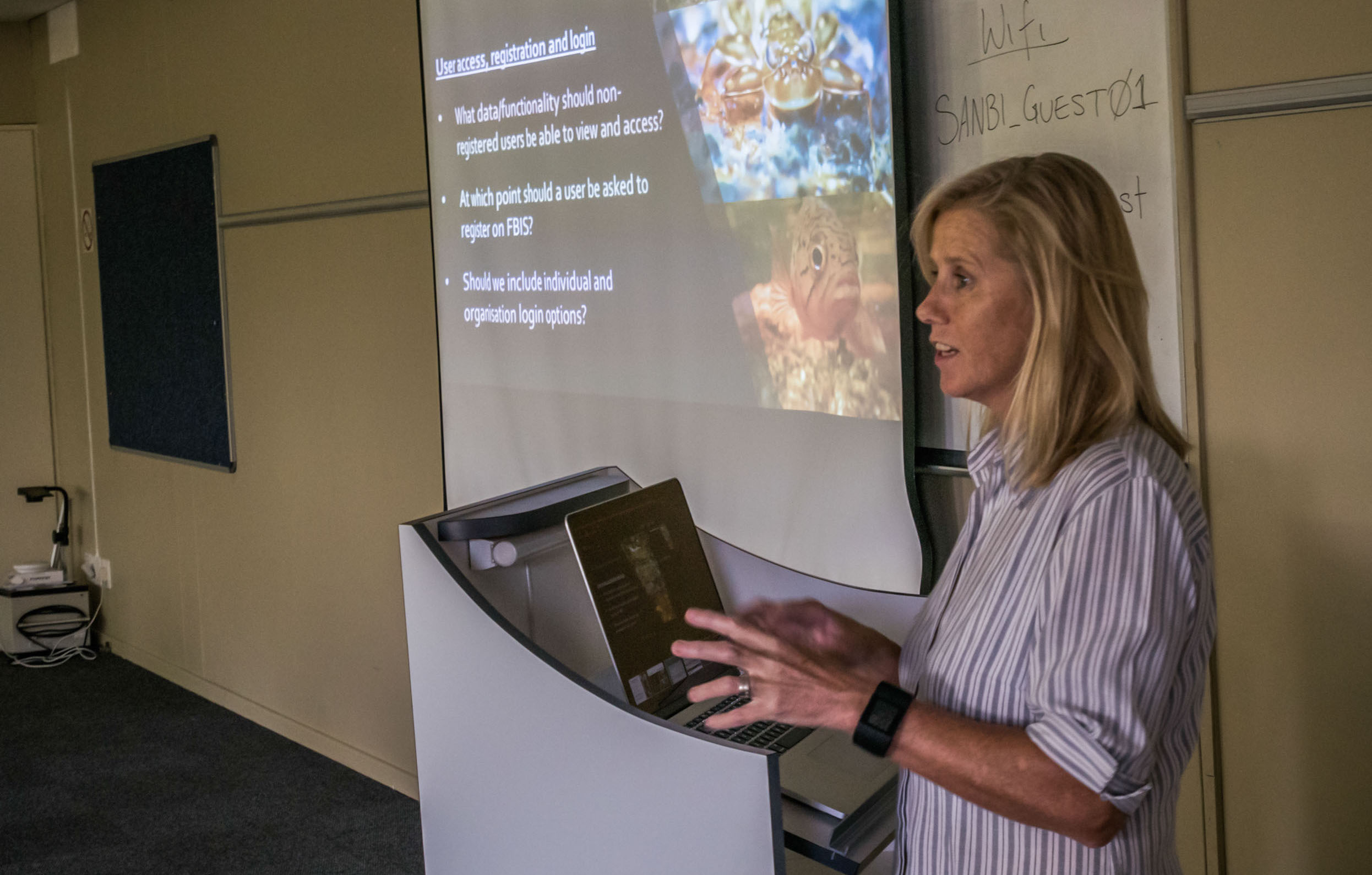 This three-year project, funded by the JRS Biodiversity Foundation and SANBI, and implemented by the FRC and Kartoza, has made good progress since the release of the second version in July 2019. 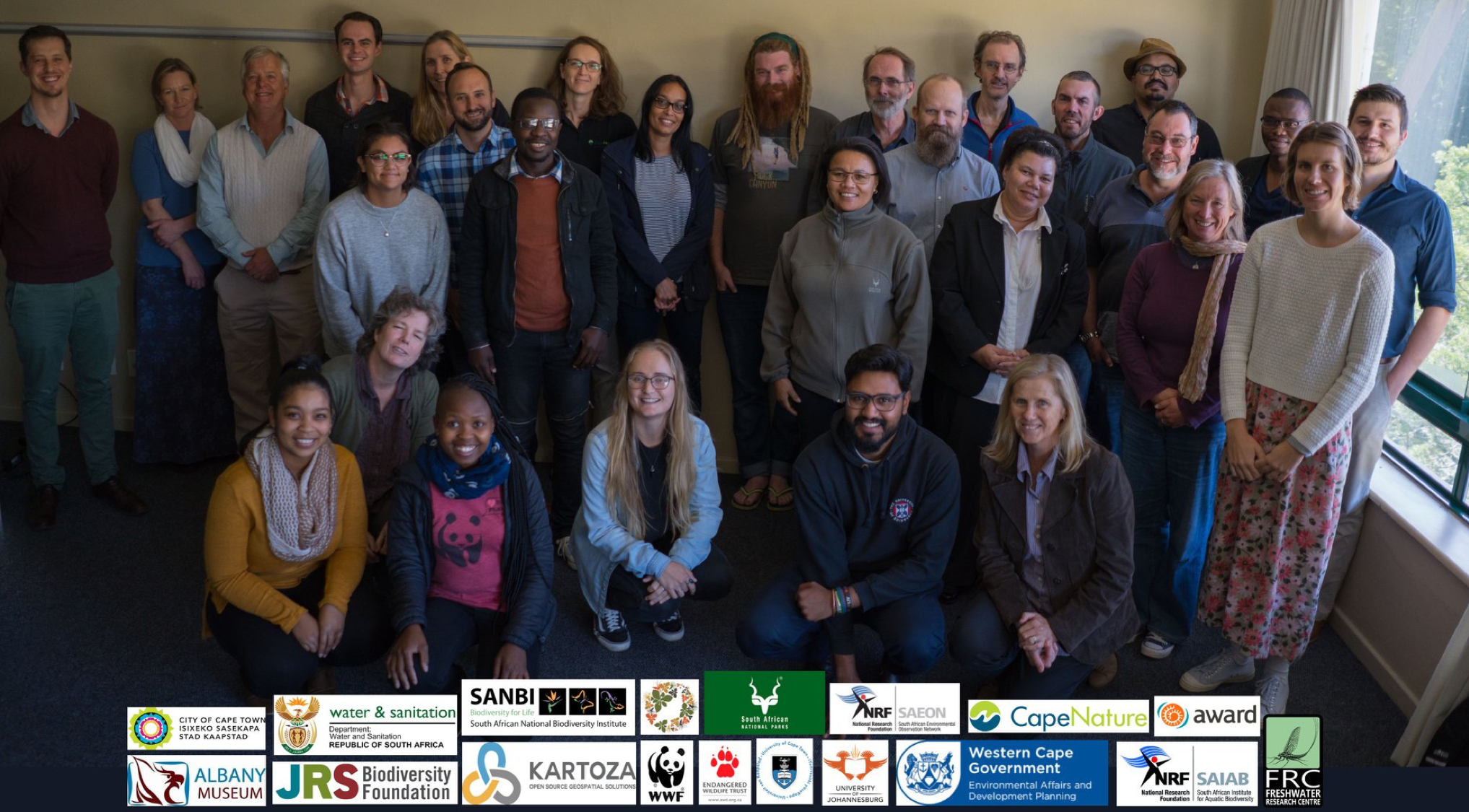 System development has followed an iterative process whereby user needs and feedback have been incorporated in each of the three iterations of the system the three-year (2018-2020) project. We are extremely grateful to all the individuals and organisations who have generously shared their time and expertise without which developing a system like this would not be possible. 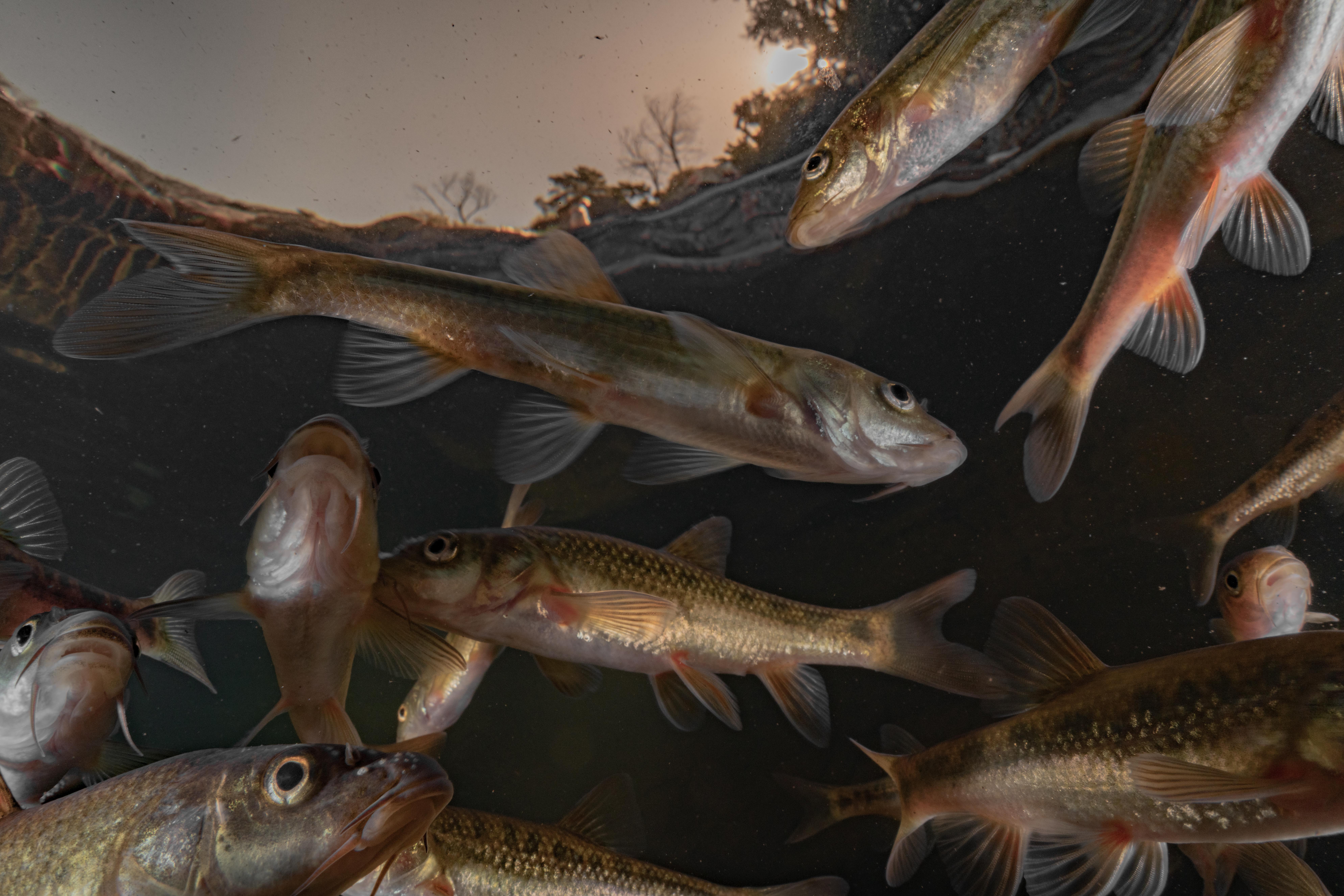 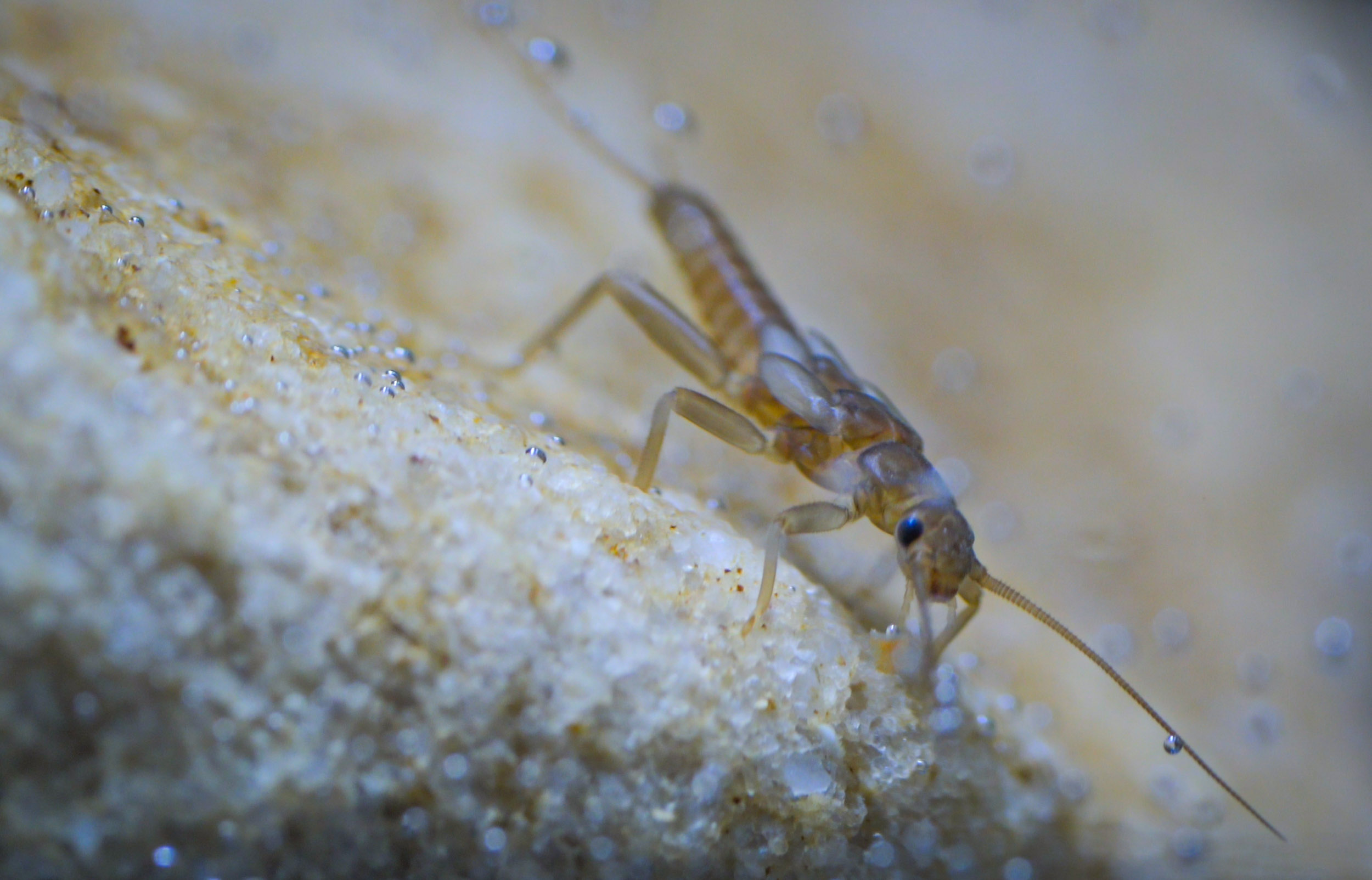 To get started with FBIS, first follow this link: www.freshwaterbiodiversity.org/. By signing up and creating an account you will be able to explore the map, query and download data, create a site and upload data. An FBIS user manual (accessed via the ‘Help’ tab) and a short video tutorial series is available here.

These aids should help you to navigate your way around the system and test out the main functions and features, as well as flag any issues you pick up on while testing. Any further questions can be directed to fbis@frcsa.org.za.

We hope you enjoy using the system and look forward to your feedback.