The Clanwilliam sandfish, endemic to South Africa’s Olifants-Doring River system which flows through the Cederberg Mountains, is the country’s most threatened migratory freshwater fish. Once widespread throughout the system, its distribution has contracted and fragmented, to the point where it may have disappeared from the Olifants catchment entirely, leading to its Endangered IUCN conservation status.

Swimming on the edge of extinction

The Doring River and its tributaries constitute the last large, undammed, free-flowing river in South Africa’s Cape Fold Ecoregion (CFE) Biodiversity Hotspot, and the last outpost for remaining sandfish populations. Our most recent survey data from the Doring (last sampled in 2013) point toward a sharp decline in sandfish numbers, and an absence of young fish indicates widespread recruitment failure. There are now only two known tributaries where sandfish still spawn: the Oorlogskloof and Biedouw Rivers, but these populations are under pressure from threats like invasive species impacts, water abstraction and sedimentation. 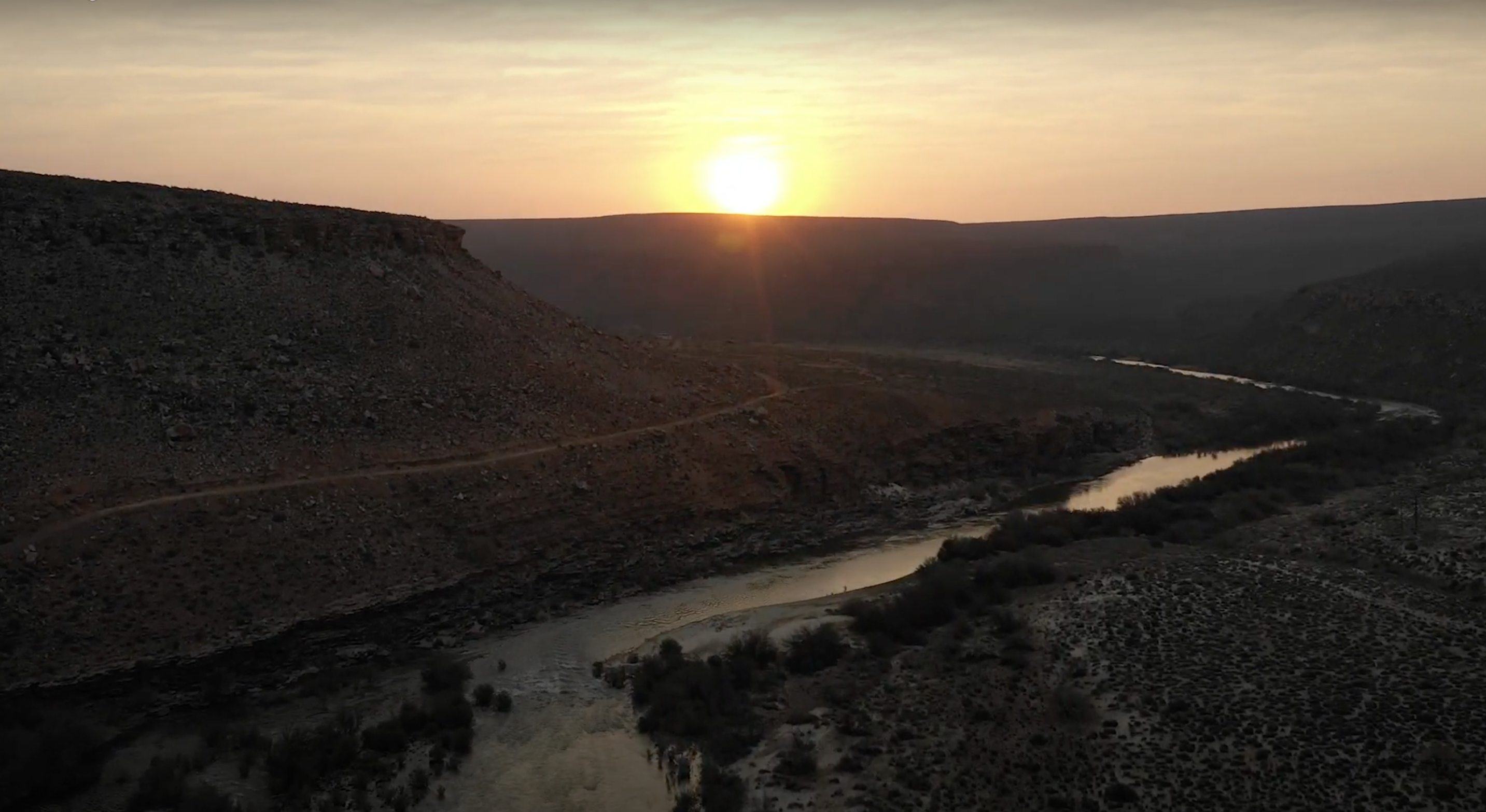 A conservation plan to save the sandfish from extinction

Urgent conservation action is required to prevent the sandfish from going extinct. To this end, the Saving Sandfish project has initiated a programme to increase sandfish survival by rescuing and relocating young fish from vulnerable habitats (with invasive fish and excessive water abstraction) in the lower Biedouw River to a short stretch of alien-free river upstream, and to refugia created by working with land-owners removing alien fish from farm dams. 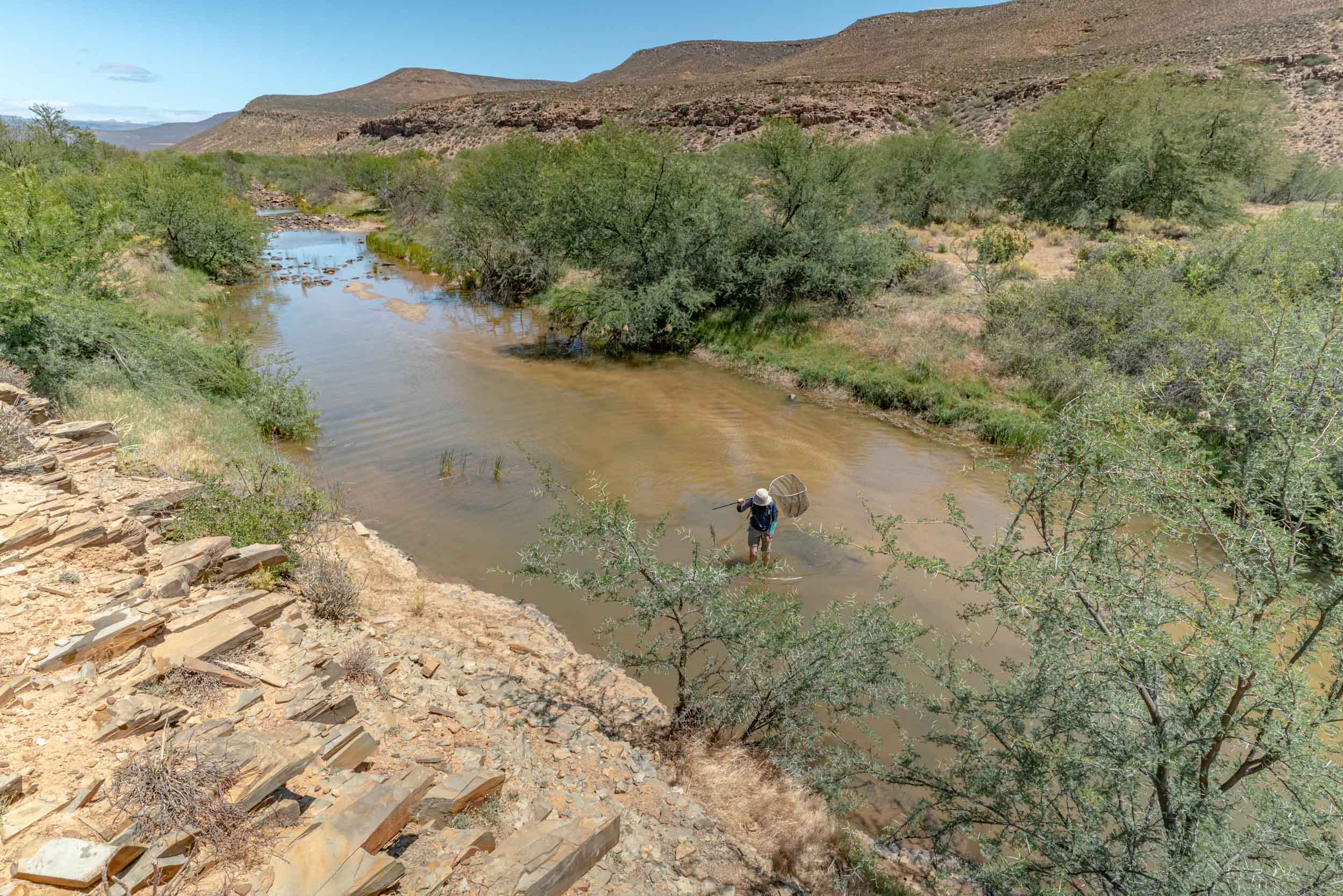 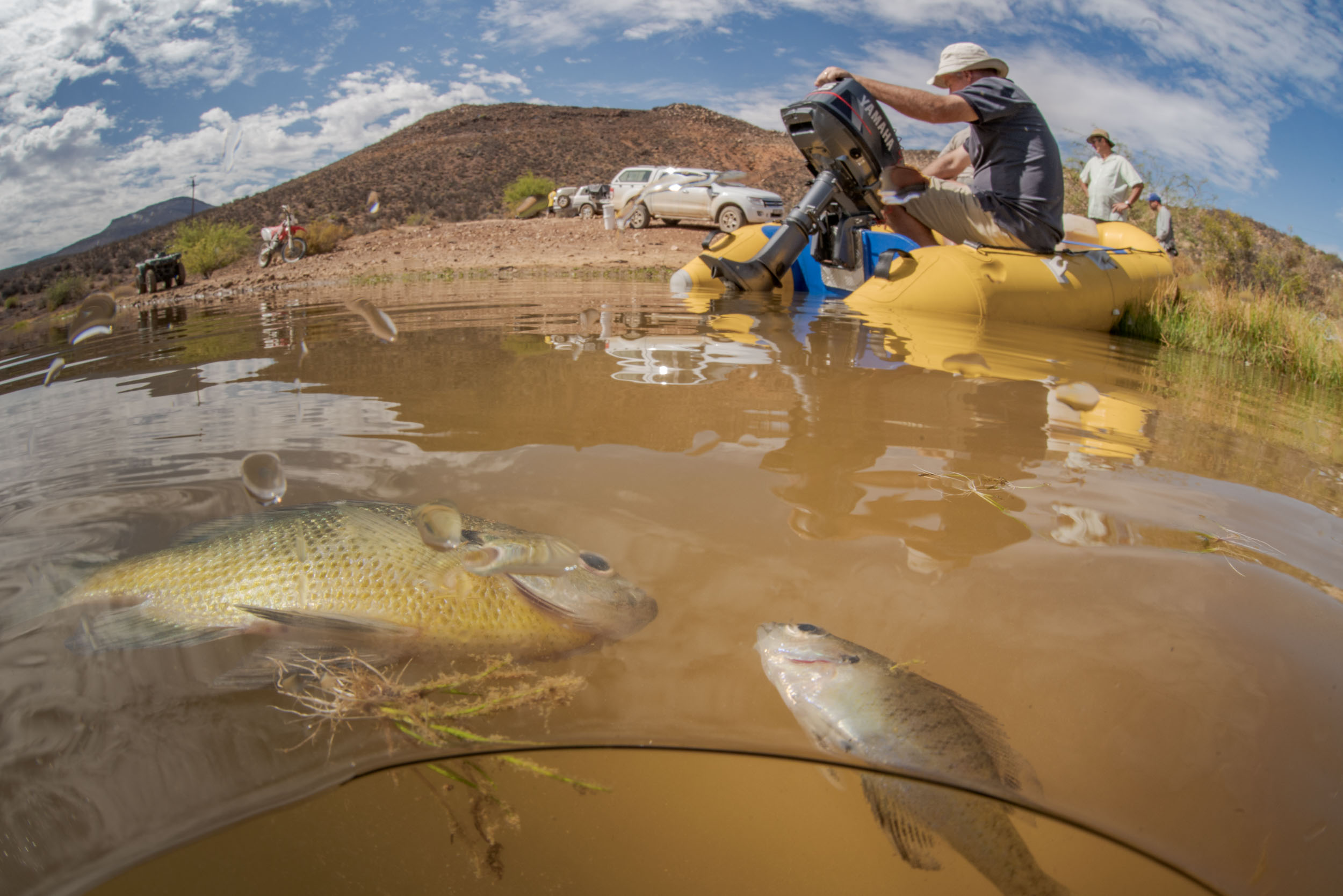 In October, 610 juvenile sandfish were rescued and relocated to the upper Biedouw River, and rigorous scientific monitoring is underway to gauge the success of this conservation intervention. 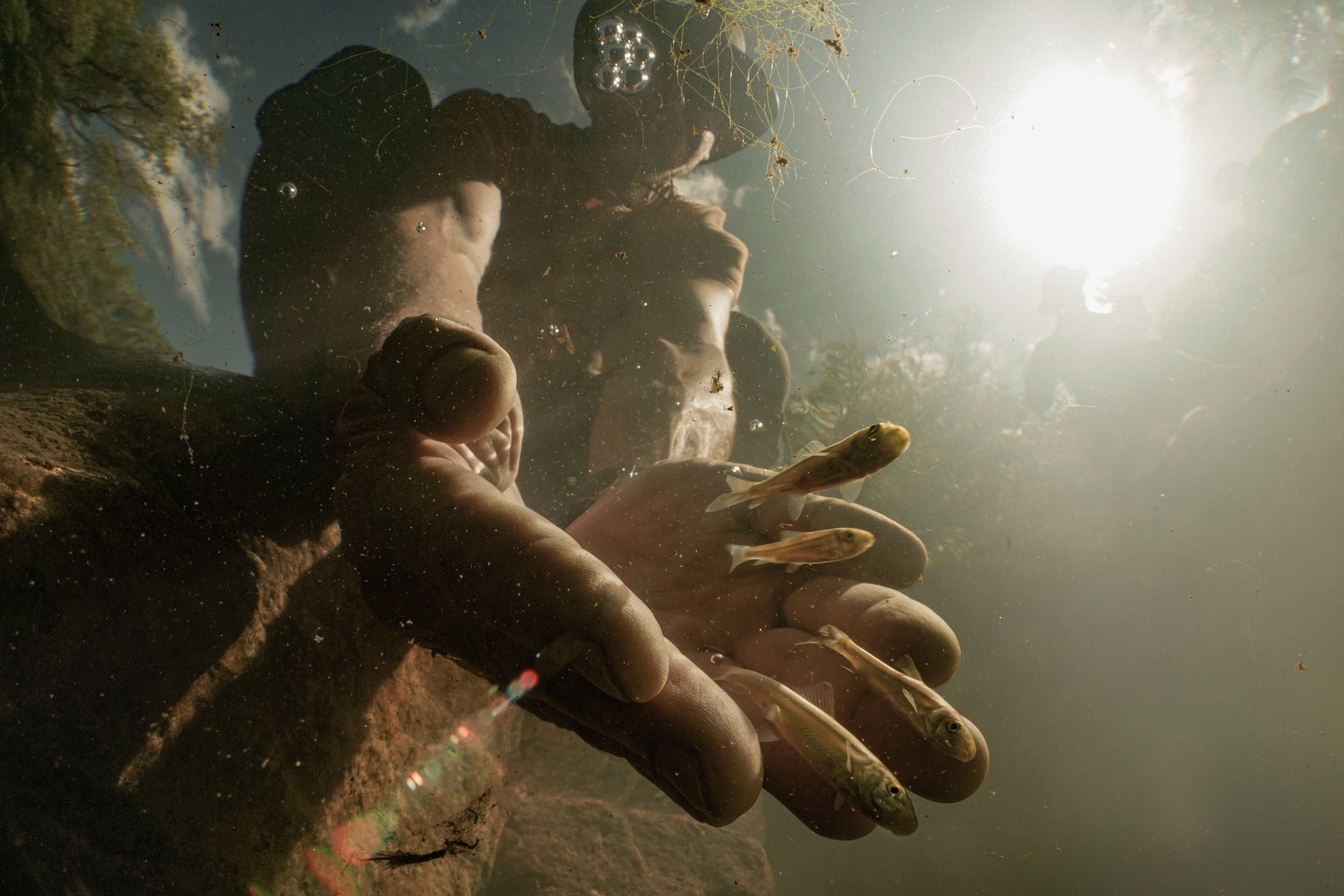 We aim to rescue a further 5000 young sandfish between 2020-2021 and, with the help of local land-owners, relocate them to temporary sanctuaries where they will have a chance to grow larger before being released, thereby helping to prevent sandfish populations from extinction. Then, when they are large enough to fend for themselves (and avoid predation by alien fish), the sandfish will be released back to the Doring to bolster the population there and have the opportunity to one day spawn themselves! 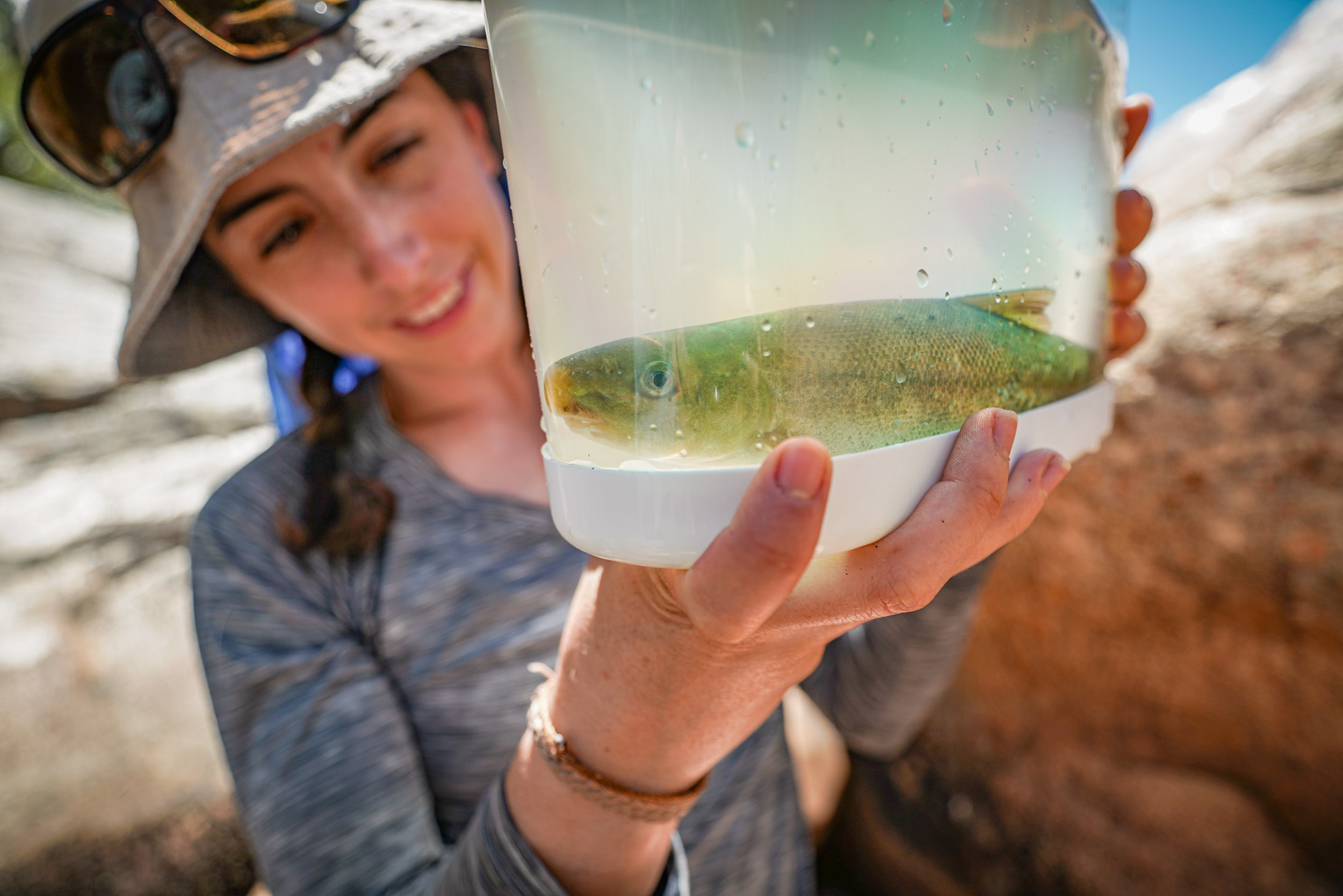 To support this project, please consider sponsoring a sandfish, or making a custom donation. All donations will go directly toward rescuing and relocating juvenile sandfish to safe habitats, rehabilitating sandfish habitat to create safe refugia within transformed riverscapes, collecting robust scientific data to monitor the success of these interventions and communicating the project story and findings to build further support for freshwater biodiversity conservation in South Africa. 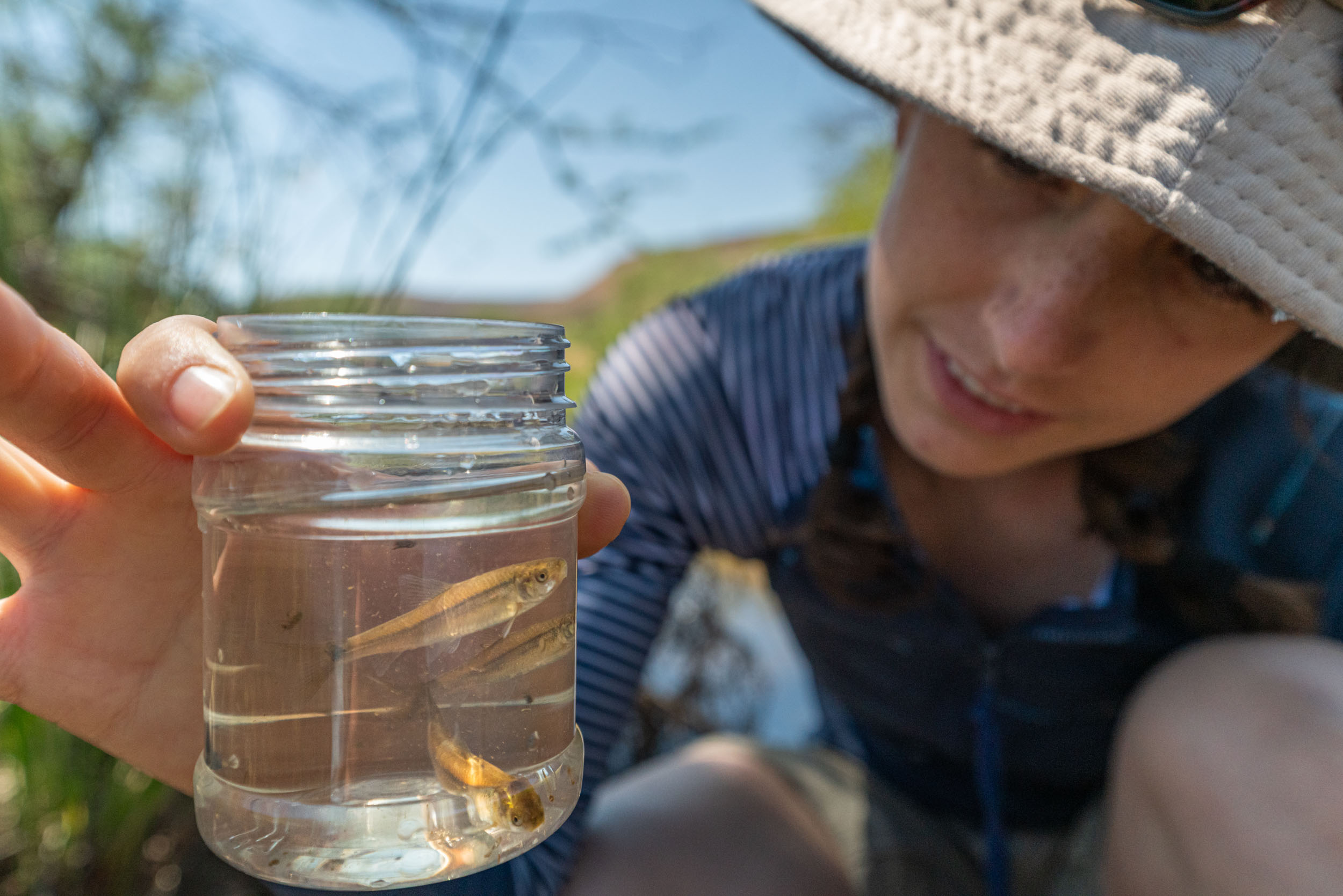 The Saving Sandfish journey is being chronicled through a gritty and colourful web series called Saving Sandfish being produced in partnership with local freshwater storytellers Fishwater Films. 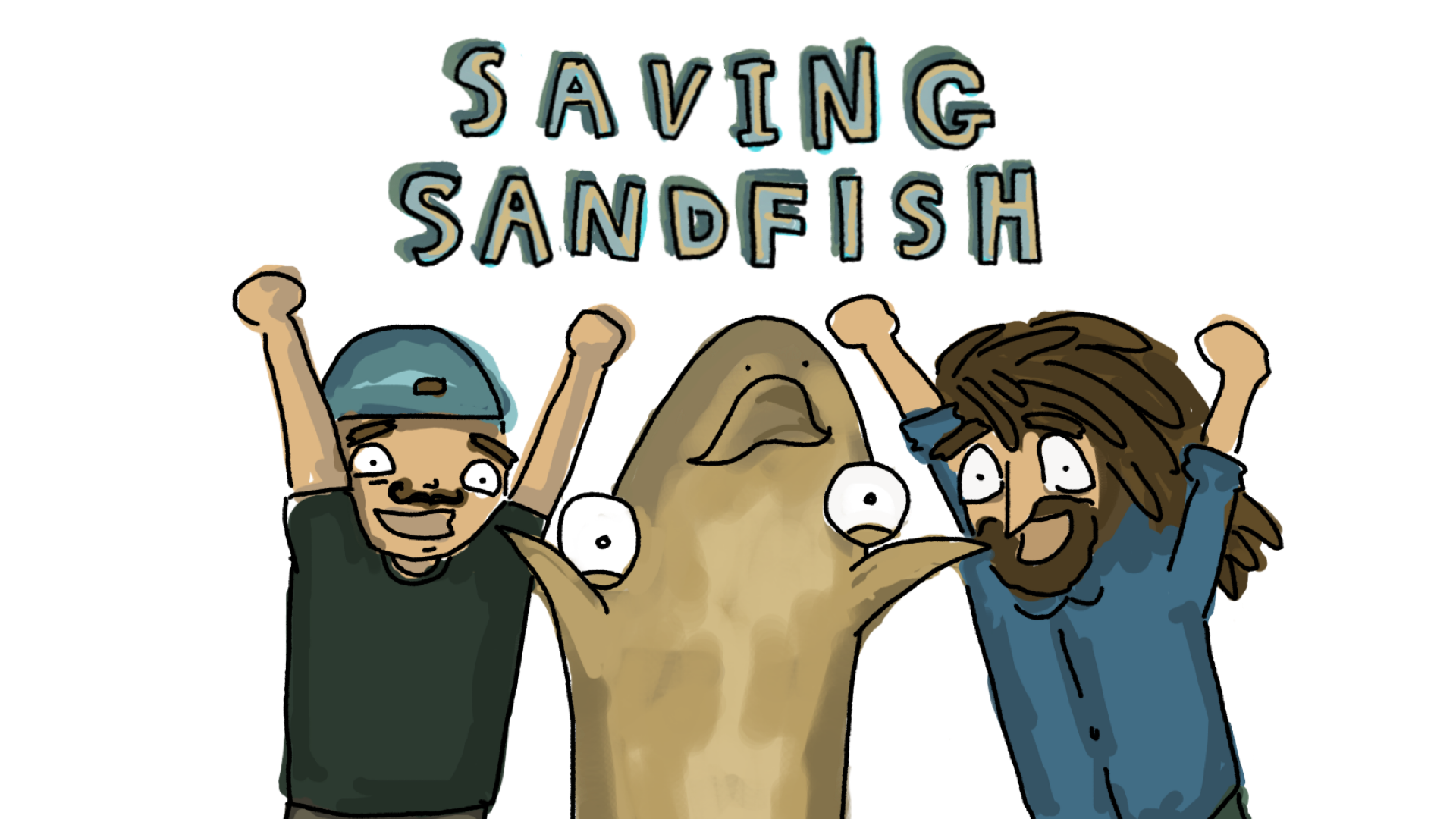 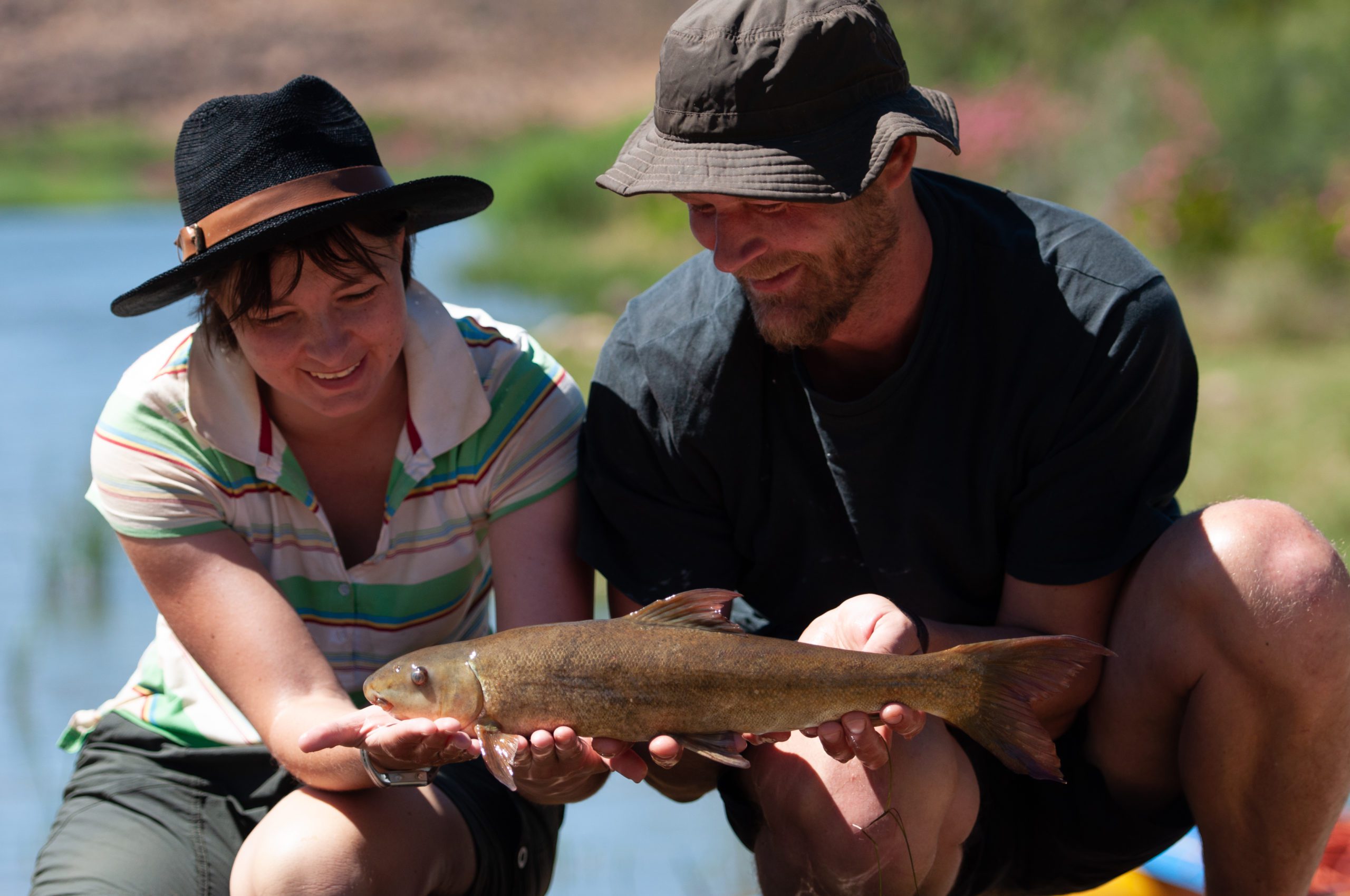