Searching for Sandfish in one of South Africa’s last wild, free-flowing rivers

Like an emerald oasis winding its way through the parched Tankwa Karoo, the mighty Doring is one of South Africa’s last wild, free-flowing rivers. It’s also the last outpost for the country’s most threatened migratory freshwater fish – the Clanwilliam sandfish – but there has been building concern that the species may be swimming dangerously close to the edge of extinction. 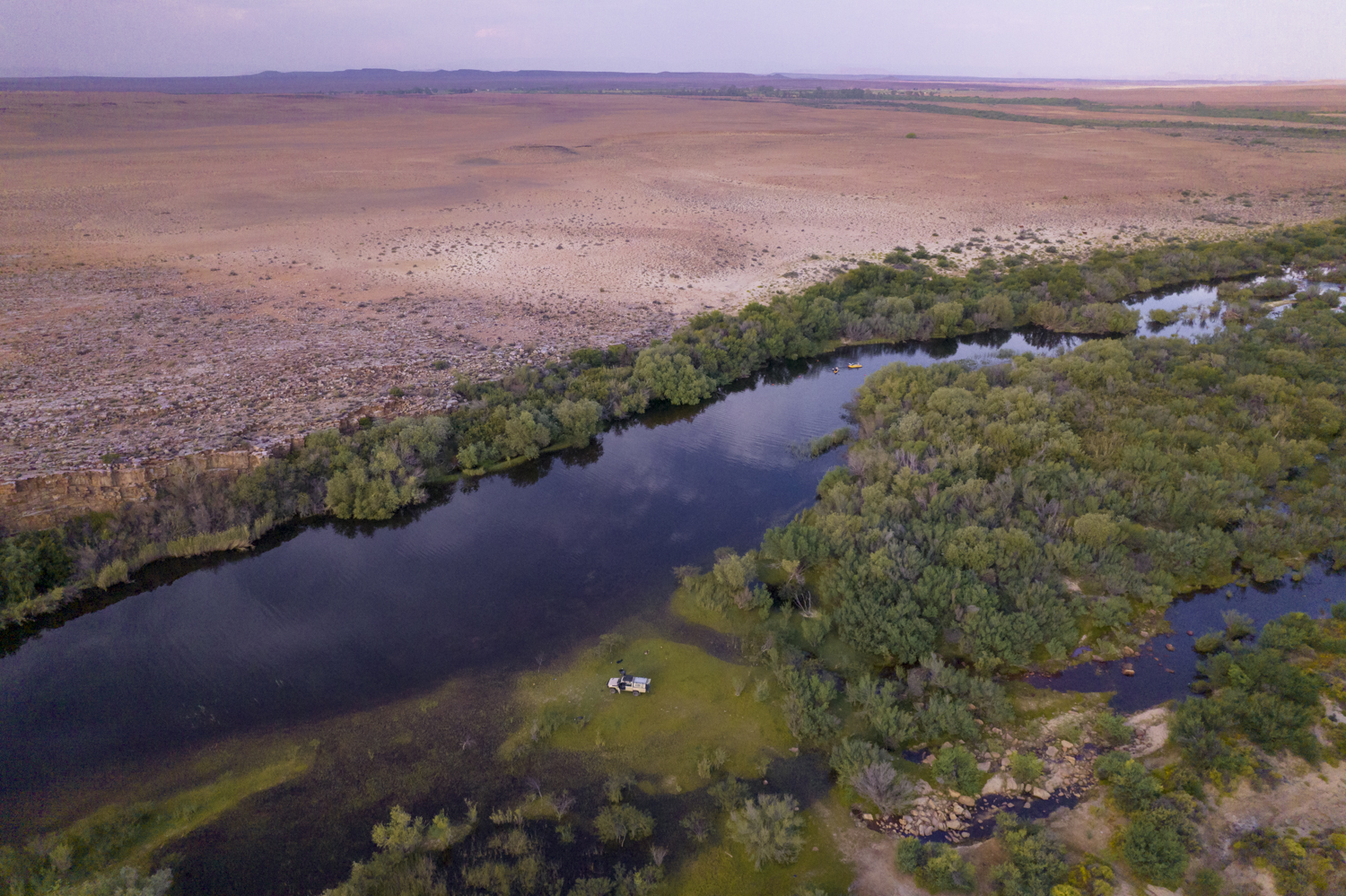 Indeed, the previous survey (undertaken nearly a decade ago) revealed that the Doring has been overrun by alien fish, and that native fish species had become so rare that less than 50 sandfish were recorded. 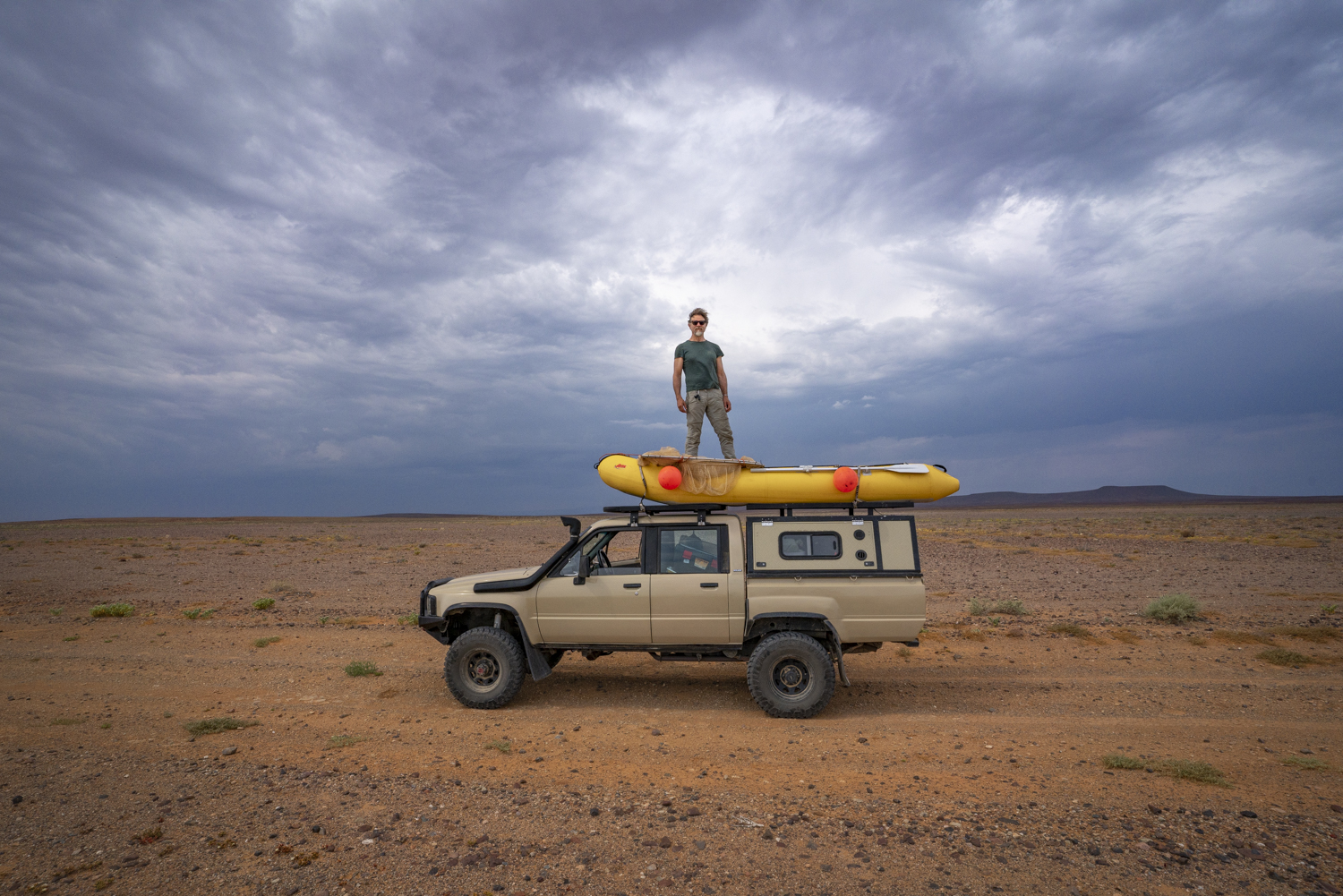 On 18 October 2021, a research team from the FRC, including Saving Sandfish project partners Fynbos Fish Trust and CapeNature, begun a 10-day journey that, if completed, would provide an updated picture of fish populations in the Doring, and importantly, reveal whether sandfish are still surviving there.

The survey begun at Mount Ceder, a beautiful resort on the Groot River, and a committed supporter of the Saving Sandfish project. Despite high hopes, and beautiful riverine habitat, only alien fish were recorded at this site – a result that would be repeated at half of all sites surveyed over the next ten days. 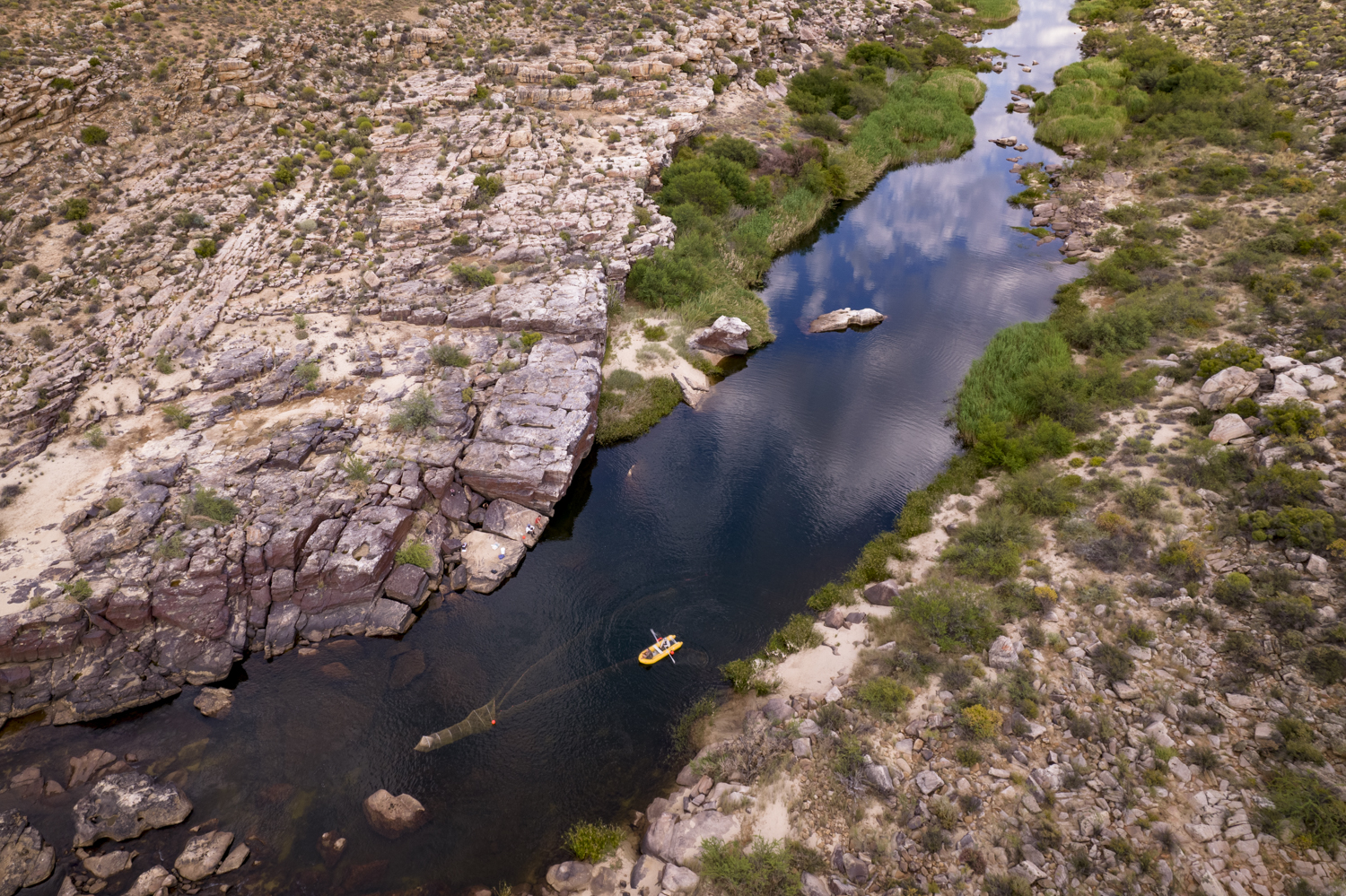 The net used for sampling fish is called a fyke net – a series of netted funnels ending in a netted chamber (where fish collect), flanked by two wings that can be stretched across the channel to funnel fish into the net. The net is so large that it must be set by boat, and it is left out overnight to catch fish during dawn and dusk (many species show peak activity during these periods), but also those species that move under the cover of darkness. 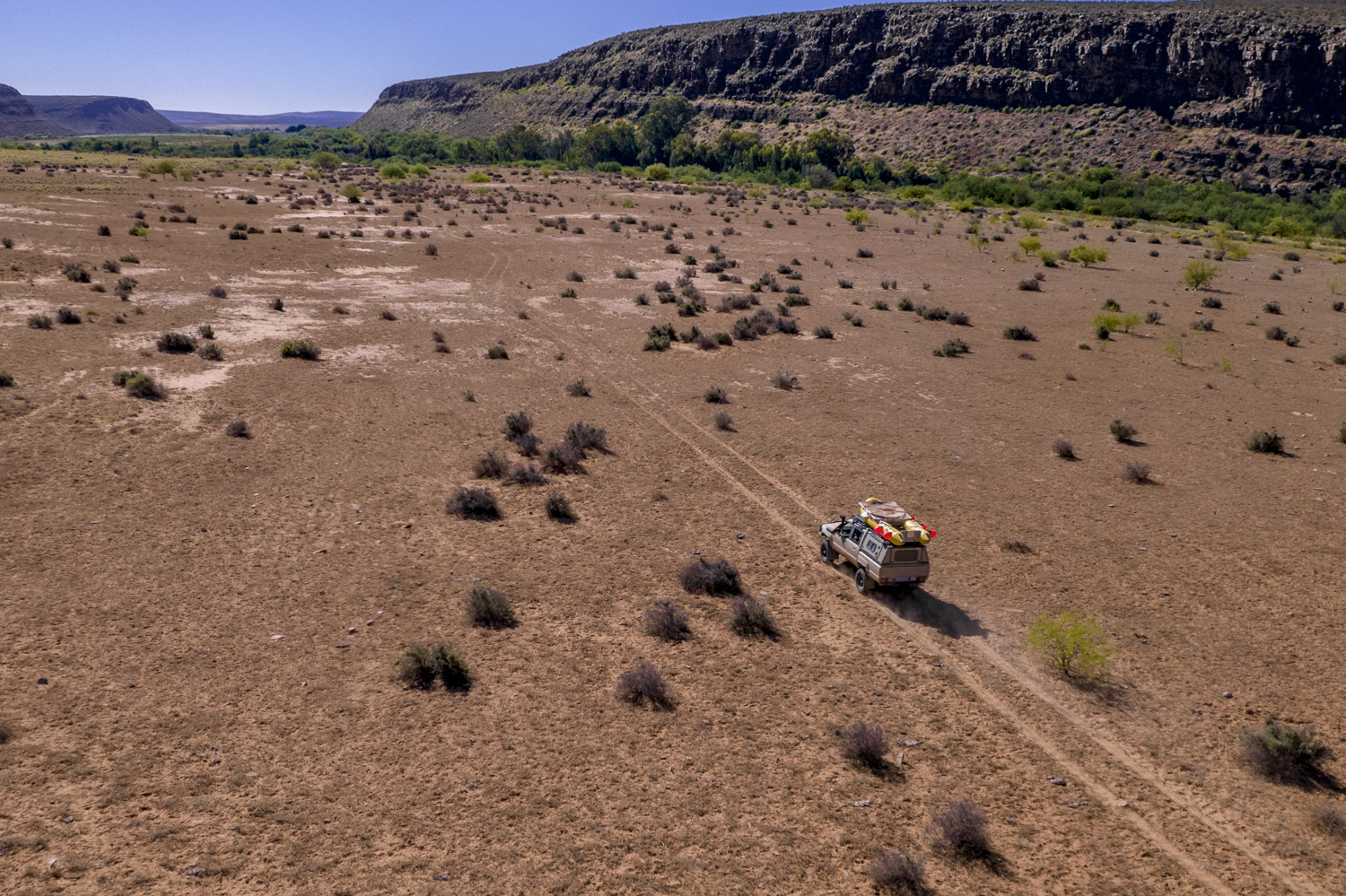 Each day the team set the net in the late afternoon, retried it the next morning, processed the catch, broke camp and drove for up to 6 hours across increasingly rugged terrain to reach the next site with enough time to make camp, and again set the net. A journey that covered 150 km of river, sampling the same ten sites that had been surveyed nearly a decade before. 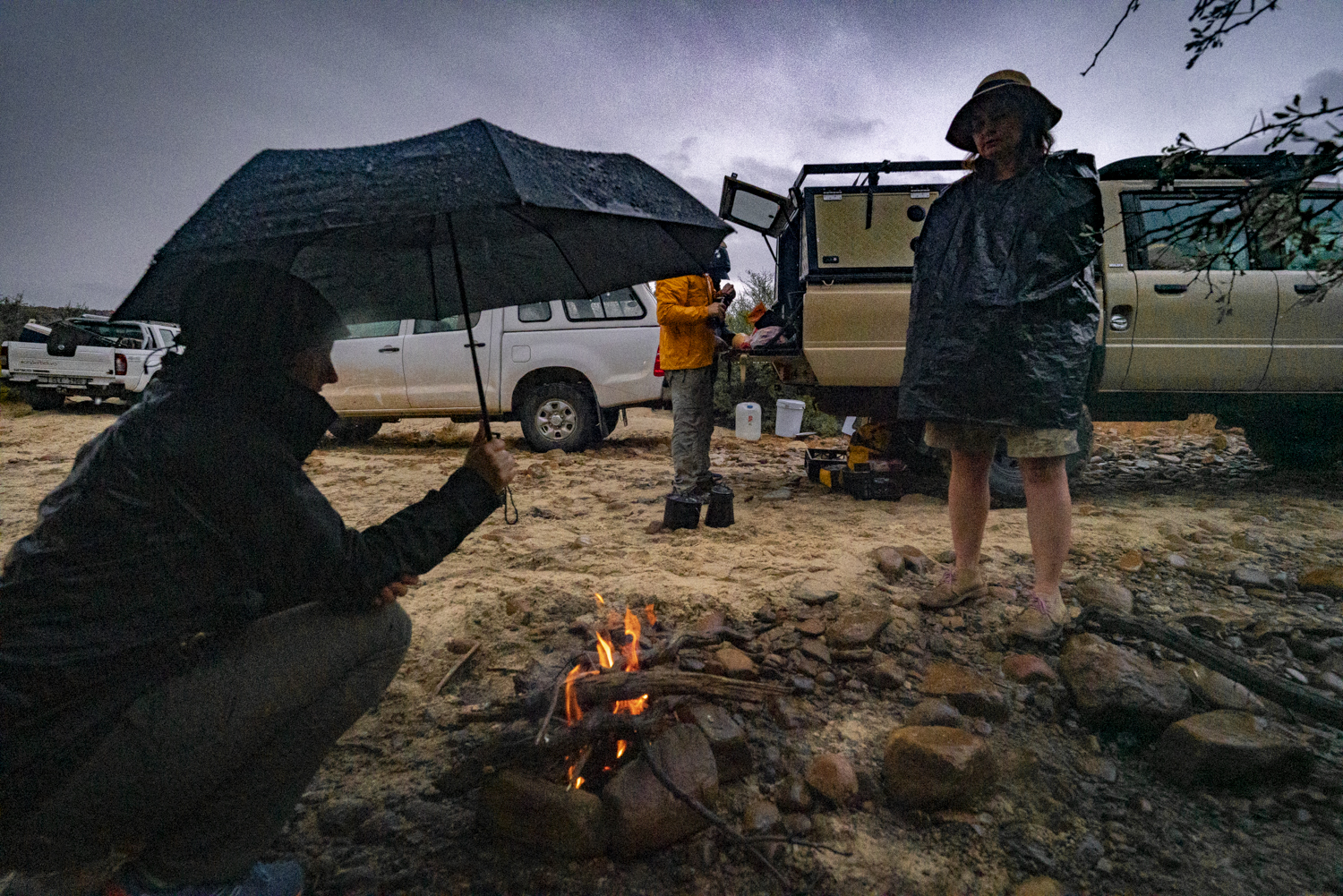 The team endured hardships ranging from thunderstorms to sketchy river crossings, extreme fluctuations in temperature and stuck vehicles just to name a few. 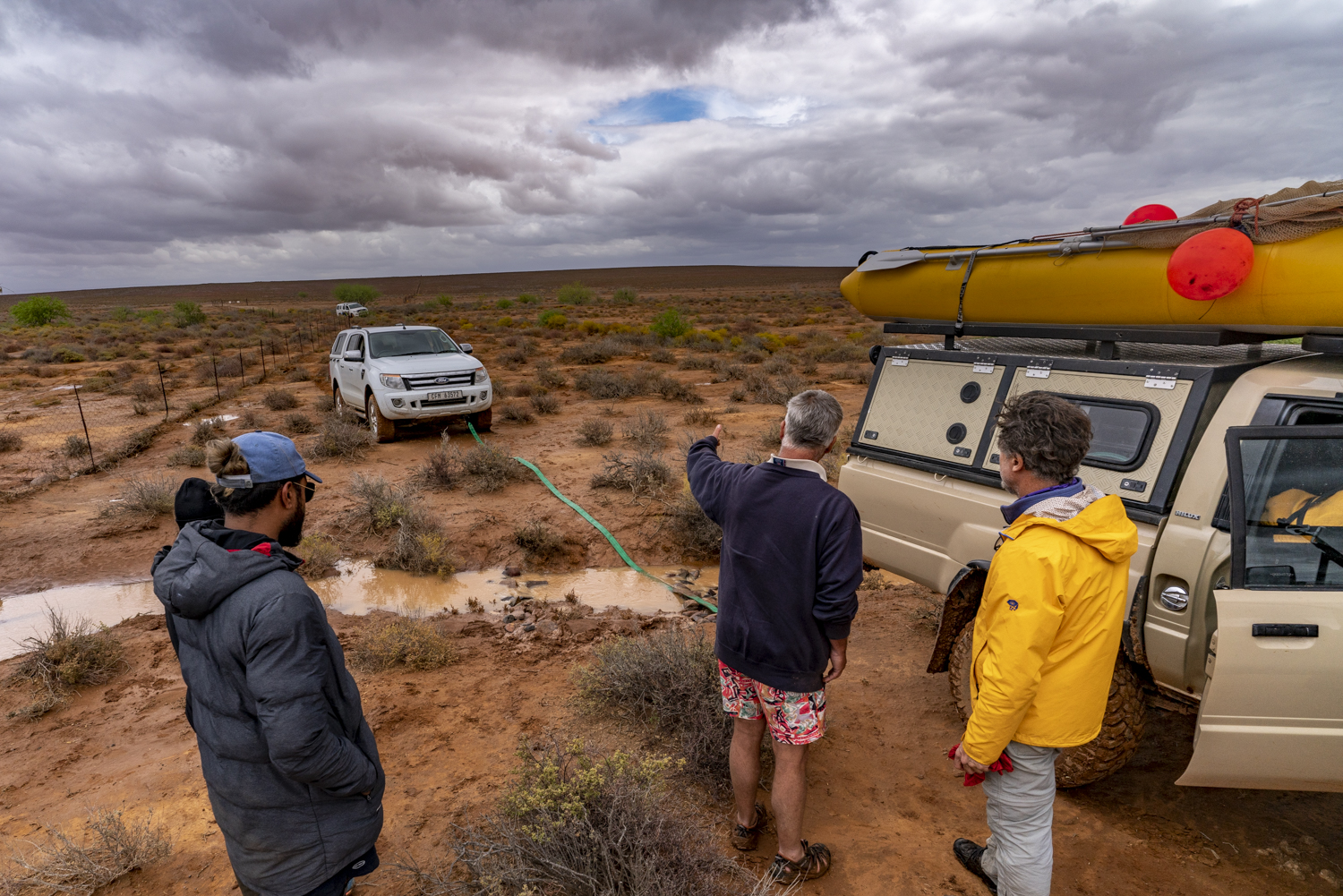 Sandfish were recorded at about half of the sites, but the lack of small size-classes points toward recruitment failure and an ageing population on an extinction trajectory. No other native species showed up in the net at sites where endemic Clanwilliam sawfin and yellowfish were present a decade ago. 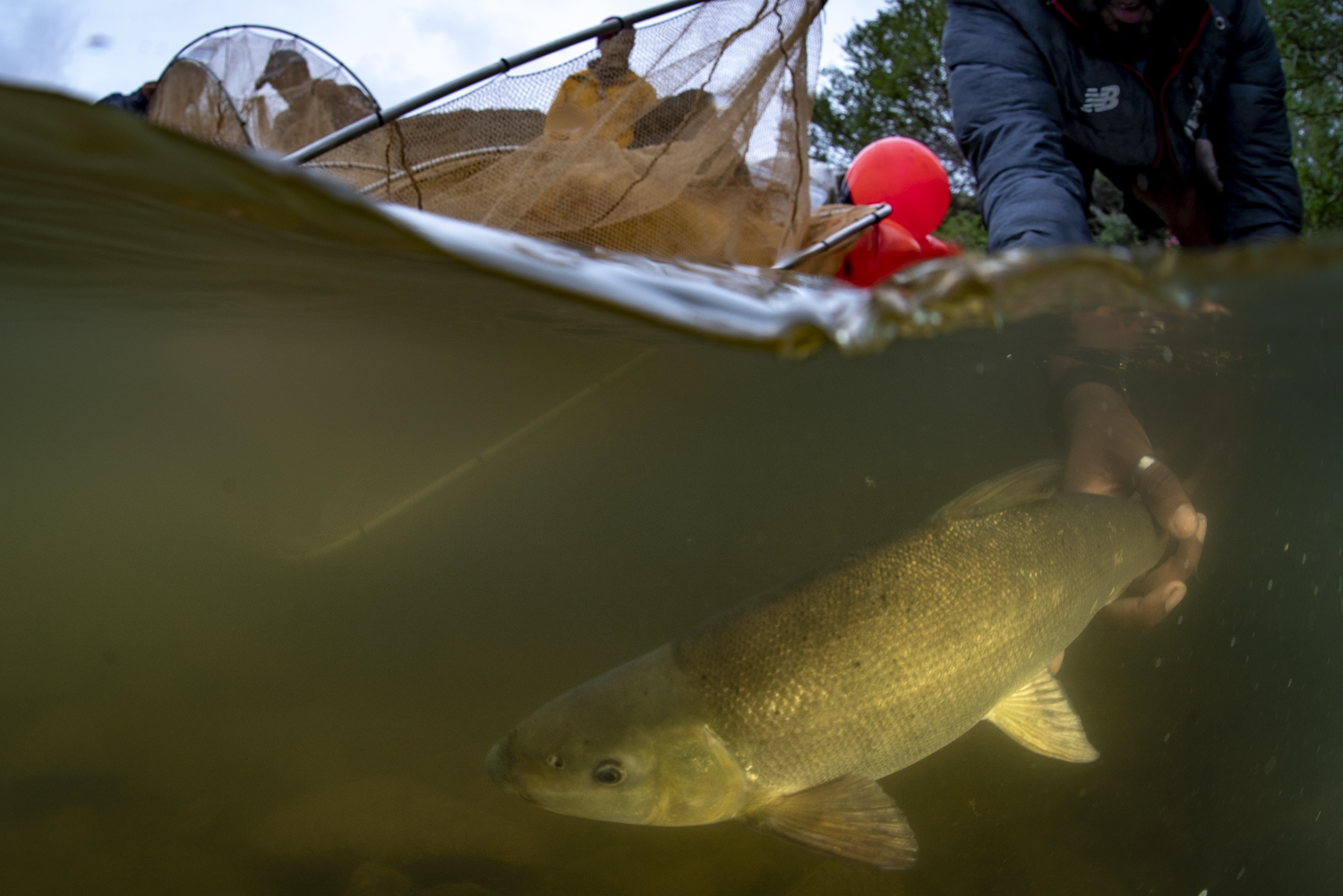 The survey recorded two new alien species (commom carp and Mozambique tilapia) that had recently invaded the river, as well as five other alien fish species, and so the fish fauna of the Doring is becoming increasingly similar to that of a river in North America. 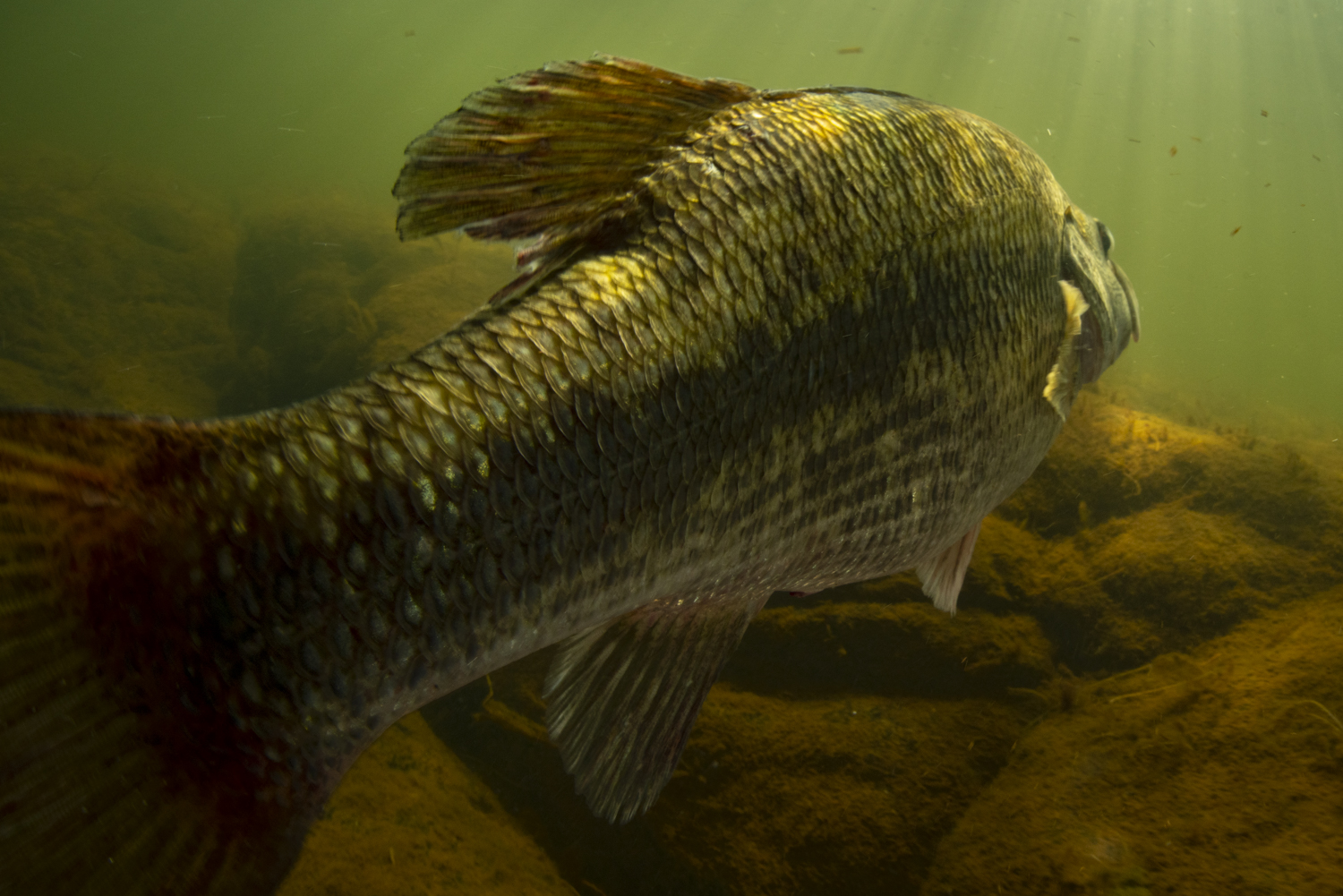 The spirits of the team were lifted when a 91cm Clanwilliam yellowfish was caught with a fishing rod on the second last evening of the survey, showing that this ‘king of the Doring’ is still persisting, albeit at extremely low numbers. 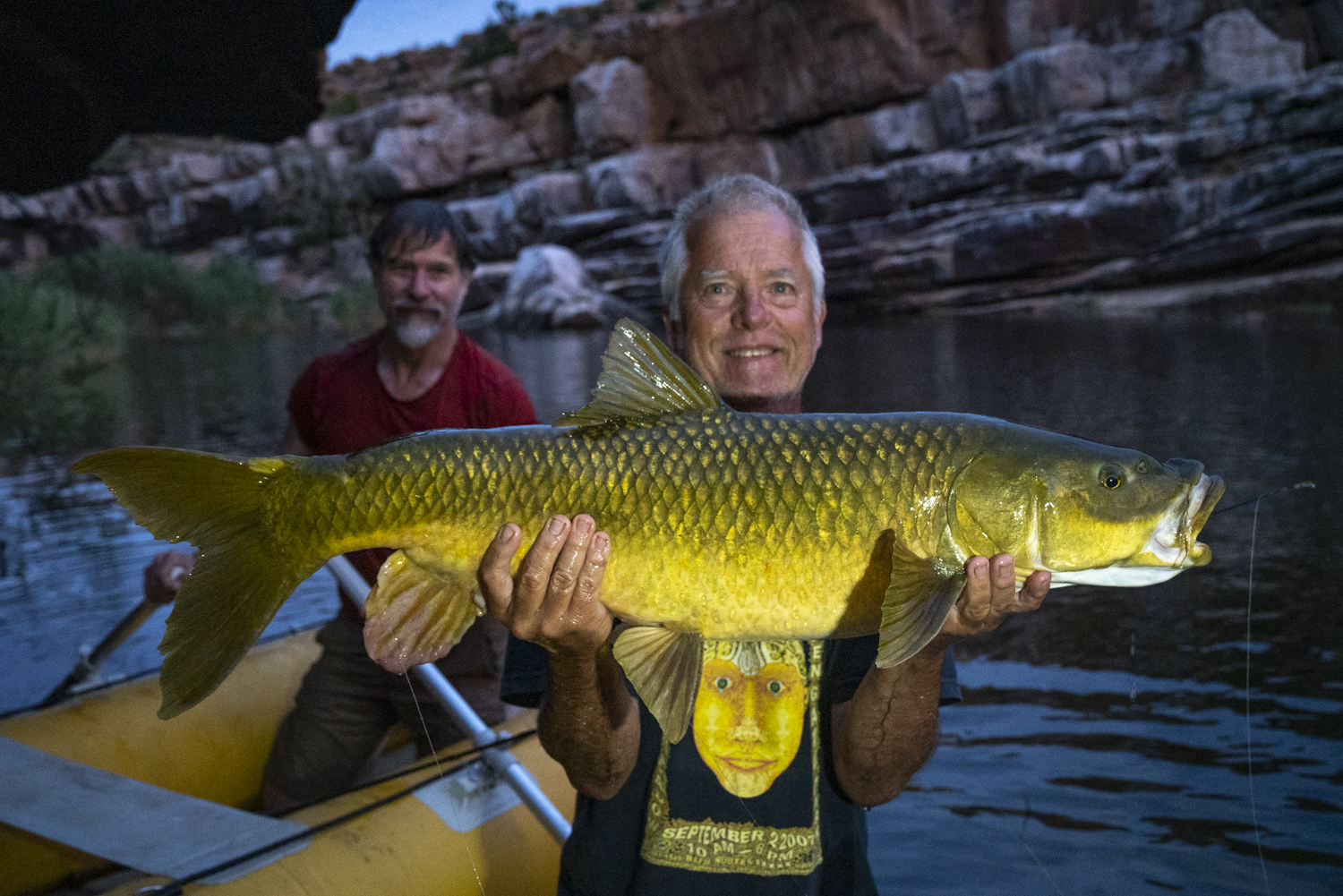 These findings emphasize the importance of the work underway through the Saving Sandfish project – specifically the fish rescues and releases designed to boost numbers of the iconic species in the wild. But they also point to a greater urgency around freshwater fish conservation in general, and the rate at which are endemic species will continue to disappear if nothing is done.

This survey was undertaken with support from IUCN Save Our Species, co-funded by the European Union.

This publication was produced with the financial support of the European Union through IUCN Save Our Species. Its contents are the sole responsibility of Jeremy Shelton (FRC) and do not necessarily reflect the views of IUCN or the European Union.

Please use your Name and the project you would like to donate to as as reference e.g. Jane_Saving Sandfish. If you would also be so kind as to email us with your details once you have made the payment. Please also let us know if you would like to receive a Section 18a Certificate. You can send that email to info@frcsa.org.za.
We would like to thank you for your contribution, it means a lot to us!